Steph Curry and Klay Thompson combined for 52 points to help the Warriors get a win over the Timberwolves. 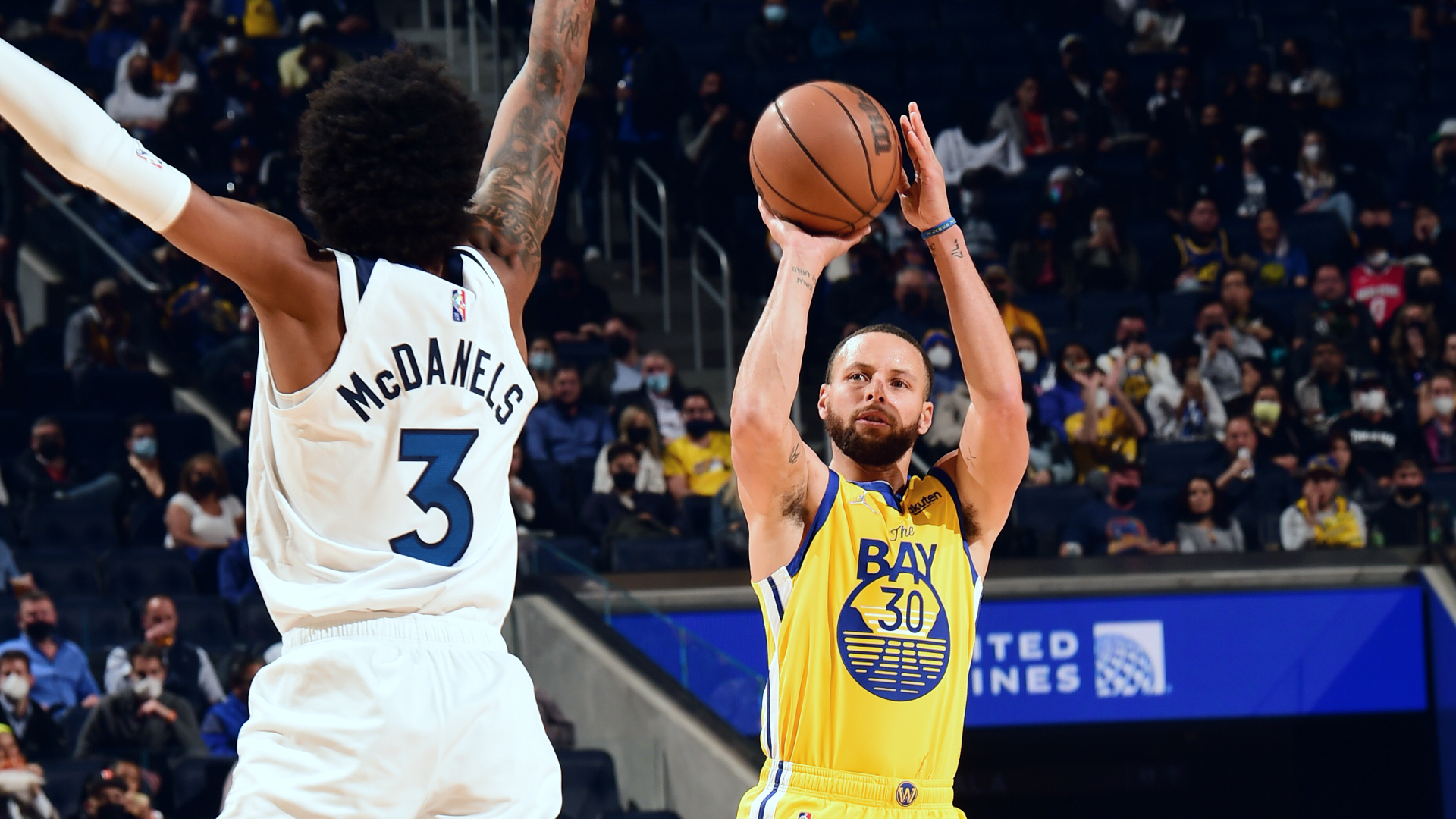 On a day a lot of eyes were on Andrew Wiggins, it was the Splash Brothers who made the biggest… splash. Wiggins, a surprise leading vote-getter thanks to fan votes, was named an All-Star for the first time in his career.

He played against his former team, the Minnesota Timberwolves, and a former teammate, Karl-Anthony Towns, who many felt should have been a starter instead of Wiggins. KAT had the All-Star starter stats to back it up but not the votes. He played like one versus the Golden State Warriors, scoring a game-high 31 points and adding 12 rebounds and six assists. Wiggins delivered a decent 19-5-4 line.

However, it was Steph Curry–an All-Star starter himself–and Klay Thompson who stole the show. The two combined for 52 points on 11 3s to lead the Warriors to their 35th win, establishing a firm second place in the Western Conference behind the Phoenix Suns.

It was the Wolves that had the upper hand by halftime, but a 38-point third quarter by the Warriors gave them enough cushion to get away with the victory.

These two teams will meet again in March. Curry, Wiggins, and KAT–assuming he won’t be snubbed as an All-Star reserve–will see each other again in Cleveland for the All-Star Game. That should be fun.

Matisse Thybulle doesn’t score a lot of points. His highlight reel is composed of stuff defensive legends are made of: honest, straight-up D, a couple of steals, and a few blocks.

Occasionally, he comes up with plays that are just bizarre, like the one against the Los Angeles Lakers where he jumped way up to snatch the ball from the sky in a perfectly-timed manner. That’s his version of a steal.

In the win against the Lakers, Thybulle’s stats were average: eight points, two rebounds, and two assists. His defensive stats (four steals and a block) were definitely not.

While Thybulle is holding the fort down on defense, his teammate Joel Embiid covered the offense. Embiid has now scored at least 25 points in 16 straight games. Allen Iverson’s franchise record of 27 straight games is shaking.

Ja Morant after being named an All-Star for the first time in his career—and a starter at that—had the best thing to say:

Enjoyed The Announcement With Two People I Wanted To Be With 🖤😊
Granny&Grandma 🤞🏽🥰 pic.twitter.com/RG8CfjhsrN

Not only were the All-Star starters revealed today, so were the threads they’ll be rocking in Cleveland: