Steph Curry’s return, combined with Jordan Poole’s hot shooting, sparked the Warriors as they blew out the Nuggets in Game 1. 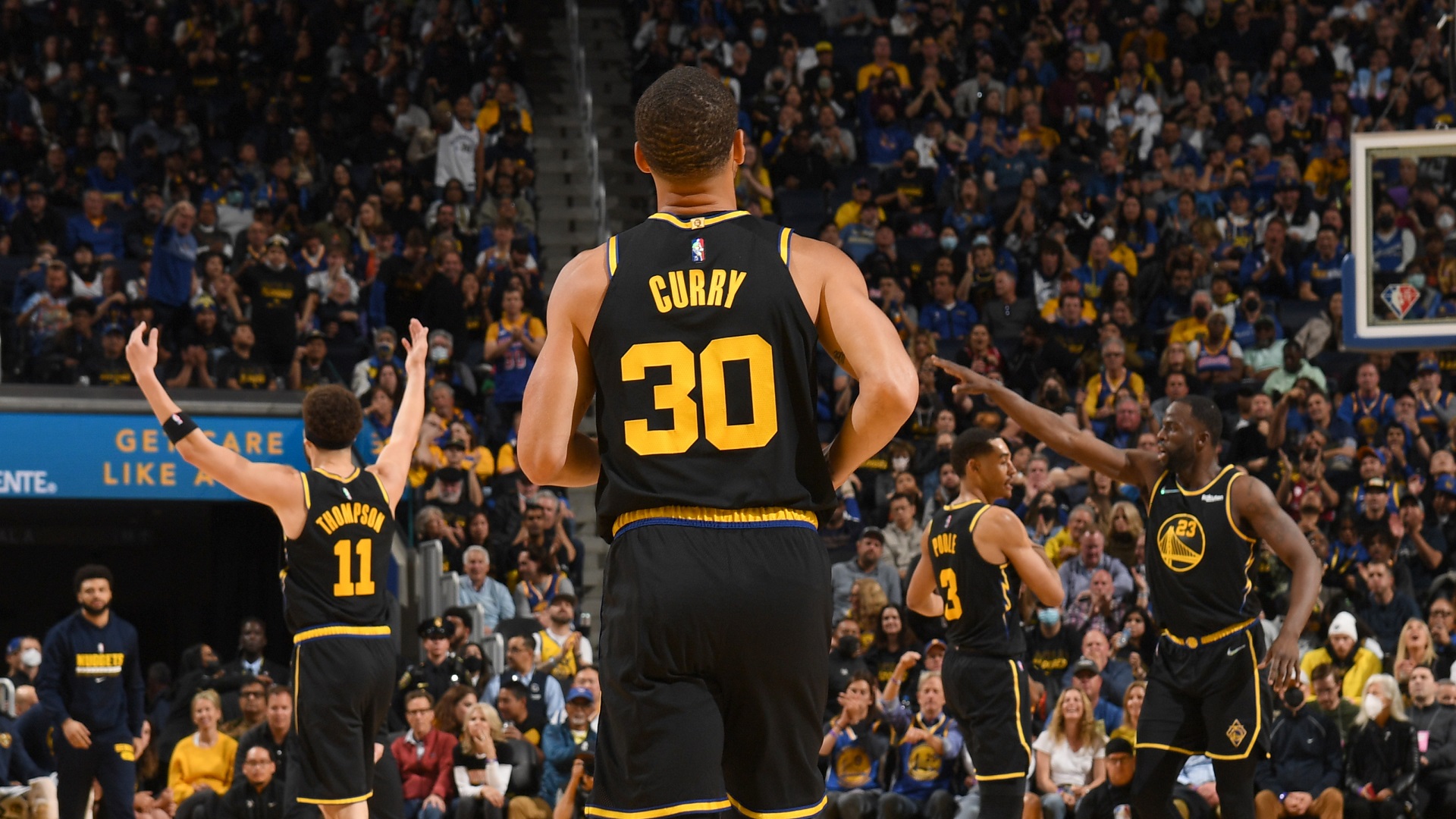 After missing the final 12 games of the season with a foot injury, Steph Curry finally got back on the court in Game 1 of the series between the Golden State Warriors and the Denver Nuggets. He came off the bench and put up modest numbers in his first game back (16 points, four assists). He didn’t have to light the Nuggets up. His presence was enough to energize the Warriors.

now you see him
now you don't

The one that ended up lighting up the Nuggets was Jordan Poole. He was locked in from the get-go. He started his first playoff game by going a perfect six-for-six from the field. He didn’t tail off after that, hitting shots that would make even Curry blush.

There was this slithery side-step three that froze Nikola Jokic:

This side-step 3 from Jordan Poole is too saucy 🔥#NBAPlayoffs presented by Google Pixel on ABC pic.twitter.com/fV6aRFXIDo

Then there was this one from Curry range that was followed by a fun little dance:

come for the JP three
stay for the celly 🎸 pic.twitter.com/fHka813YD1

Poole finished with 30 points on nearly 70 percent shooting. He did all his damage in under 30 minutes of playing time. Klay Thompson scored 19 points, while Draymond Green had nine assists to support Poole.

The playoffs are the perfect place for NBA players to take their games to the next level. It’s where legends are made, superstars are born, and the perfect proving grounds for young guns.

Today, two sophomores embraced the pressure of the playoffs, and straight up balled out.

Tyrese Maxey, in his first playoff start for the Philadelphia 76ers, strapped on his flamethrower and dropped 38 points to lead all scorers. That main scoring role is usually reserved for guys like Joel Embiid and James Harden, but Maxey didn’t hesitate to torch the Raptors to a crisp.

Maxey has more points tonight than Ben Simmons has ever scored in any of his 38 total playoff games.

Out in the West, Anthony Edwards, in just his first playoff game, led the Minnesota Timberwolves to a big upset win. He exploded for 36 points, showing no fear against the higher-seeded Memphis Grizzlies.

It seemed like there was no shot that Ant-Man wouldn’t take during the game.

ANT UP TO 34 POINTS 👀 pic.twitter.com/ISdKxGGMUE

Speaking of taking every shot:

"I love my shots. Whatever shot I take, whether it’s a stepback trey ball or a stepback mid-range. Or a floater or a layup. Whatever my shot is, I like it. Sometimes coach may not like it, but I love my shot."

One of the reasons why it’s so fun having the Timberwolves in the playoffs is because of the postgame presser. Edwards is always a fun interview, dropping money quotes as often as he drops buckets. His big game, on the court and on the mic, will just get magnified under the brighter lights of the playoffs.

The Brooklyn Nets will need all the help they can when they go up against the Boston Celtics in the first round. Is help, in the form of Ben Simmons, on the way?

Ben Simmons just looked over at me and said — “Make sure you get this. Then dunked — and said “There you go.” pic.twitter.com/Kn8pE7NOlQ

Nash on Simmons: "He's still on his individual program. Still working through his rehab. 1-0 stuff"

Has he started running?

Nash: "He does some running, but like I said the other day, no sprinting. Honestly, I don't see what he's doing, but I know he's not sprinting."

At least Simmons was able to show during that short clip that when he’s that close to the hoop and wide open, he actually knows what to do (hint: not pass).