Behind Devin Booker’s big night, the Suns secured the No. 1 seed with a win over the Nuggets. 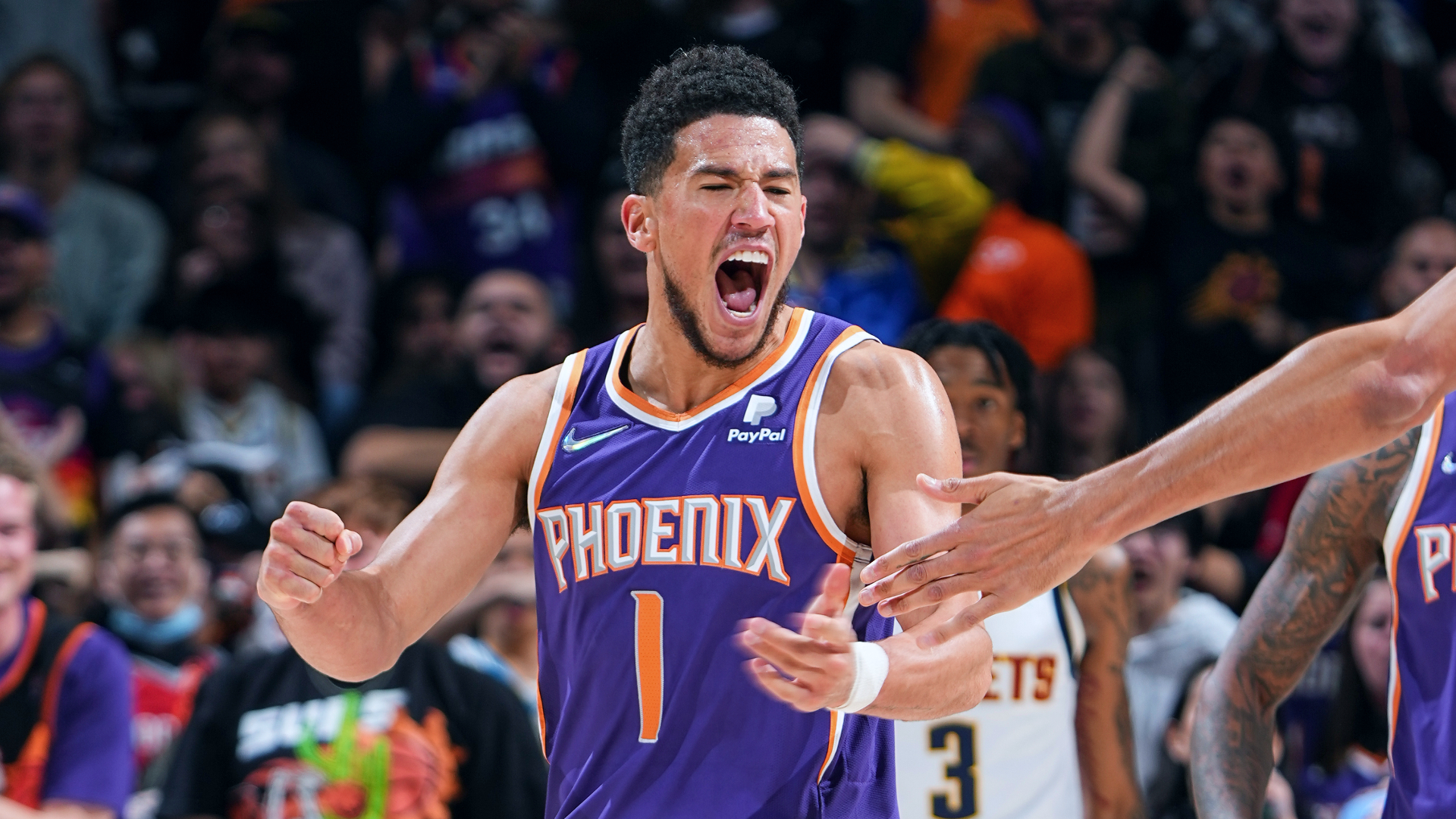 The Phoenix Suns and the Denver Nuggets have been two of the most entertaining teams to watch this season. For the most part, they lived up to that expectation in their latest matchup.

The Nuggets hung with the Suns despite facing one of those Devin Booker games where he has grenade launchers where his hands should be. Booker already breached the 40-point mark by the third quarter, but the Nuggets still held a two-point lead entering the fourth.

Bones Hyland and Nikola Jokic tried to match Booker’s firepower, but as everyone found out the hard way the entire season, the Suns can find a hundred more ways to beat you. Mikal Bridges picked the right time to get hot, scoring 15 of his 22 points in the fourth. Booker didn’t have to do much to close out the Nuggets with Bridges, Cam Payne, and Jae Crowder all punching through big shots to pull away. What was a two-point lead by the Nuggets almost immediately became a 10-point Suns lead.

The Nuggets had to–again–heavily rely on Jokic to carry them in the fourth quarter, but his 28-point game wasn’t enough versus the NBA’s best team right now. The Suns clinched the top seed in the West and the best record in the league with win No. 60 (they just got Chris Paul back, by the way).

The Nuggets, on the other hand, are still holding on to the sixth spot in the West. But the Minnesota Timberwolves are dangerously close behind.

The Toronto Raptors needed a win against the Cleveland Cavaliers and Pascal Siakam delivered. Siakam dropped a season-high 35 points on the Cavs. He got hot outside, hitting six of his seven 3-point tries.

The Raptors are now tied with the Cavs for sixth in the Eastern Conference, making the East’s play-in tournament storyline even more compelling.

Out West, Desmond Bane kept the hot streak going for the Memphis Grizzlies. After scoring 23 against the Brooklyn Nets, Bane put up a 30-point game in a blowout win versus the Indiana Pacers. He did it in only 24 minutes of play, which just proves how dangerously lethal Bane is on offense.

23 for Desmond Bane... a career high for single half!

With the win, the Grizzlies clinched a playoff spot for the second year in a row.

Every time Jose Alvarado is on the floor, you should be aware of his whereabouts–or else. Alex Caruso was his latest victim:

Jose Alvarado hid in the corner and forced a travel 😮 pic.twitter.com/viImFpdlLu

Alvarado has been a key piece coming off the New Orleans Pelicans’ bench, chipping a couple of buckets and solid, sneaky, effective defense.

"I am not the tallest but I am going to give you hell every single time,” Alvarado said after getting a win against the Chicago Bulls.

Zach LaVine scored 39 points in a tough loss versus the Pelicans, but he made sure he took a poster with him as a souvenir: