The Suns survived the Kings’ 24-point comeback while Steph Curry posted the first 50-point, 10-assist game of his career. 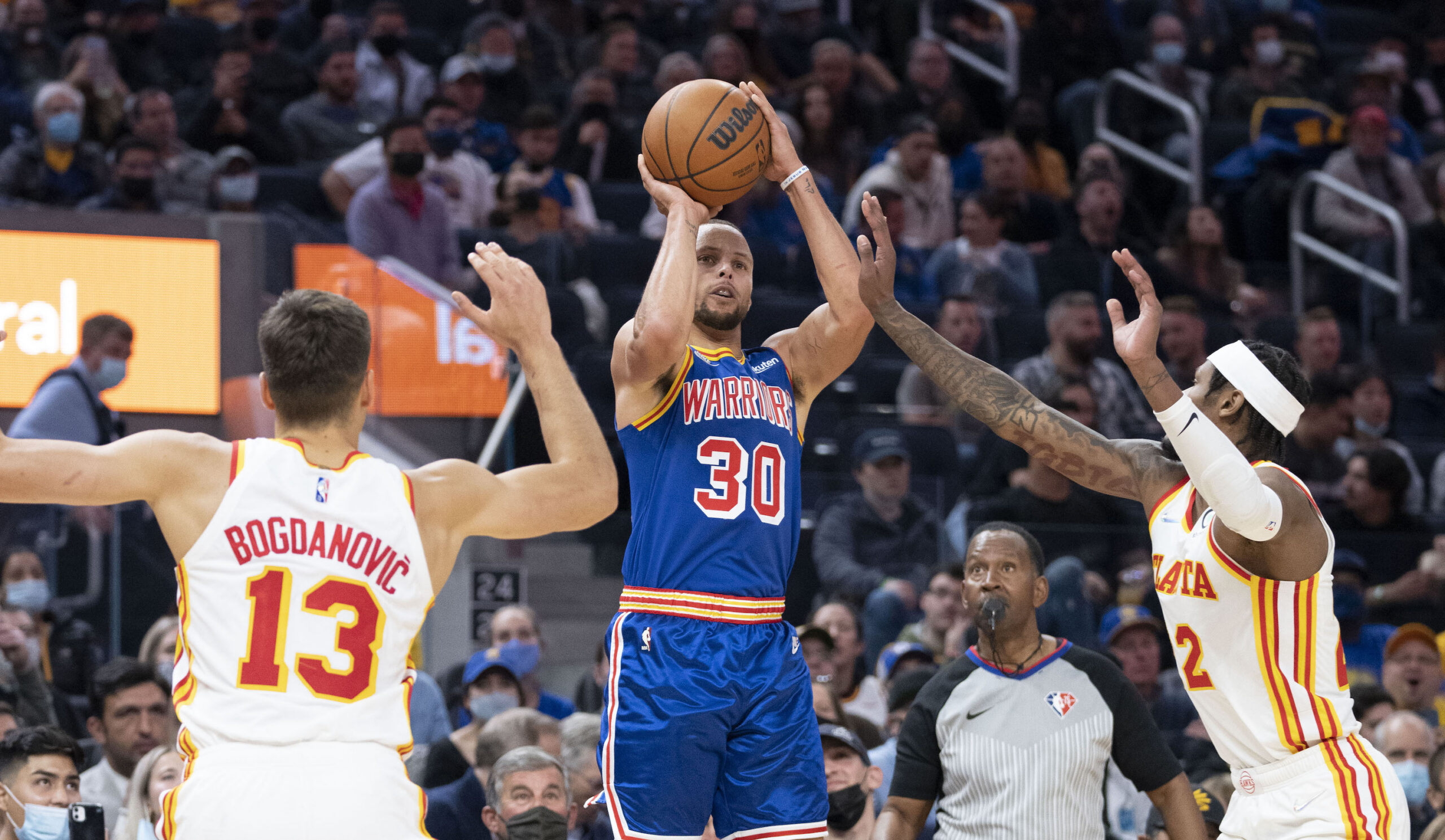 The Phoenix Suns stopped the Sacramento Kings from completing a 24-point comeback with a 109-105 victory, extending their winning streak to five games.

Cameron Payne went to work and had 24 points, 17 of which came in the first half. Devin Booker was also monumental in the win, scoring 18 points, nine rebounds, and six assists.

The Suns took advantage of the Kings, who were without Tyrese Haliburton who was out due to lower back tightness. Sacramento, though, kept within striking distance until Phoenix completely flipped the script and dominated the third quarter. The Suns held the Kings to just 5-of-22 from the field, outscoring them 31-12 to go up by 24 points.

It seemed like Phoenix was going to get away with the win until Sacramento clawed its way back. The Kings got good looks and much-needed breaks, going on a 24-0 blitz behind De’Aaron Fox who scored 12 of his 24 points in the fourth quarter.

But a crucial overturned call changed the complexion of the game again, in favor of the Suns. Booker was initially called for a blocking foul, but after a challenge from Suns coach Monty Williams, the call was overturned to an offensive foul by the Kings. But the Kings had one more chance to steal the game but turned the ball over in the last play.

You can teach shooting, passing, and dribbling, but you cannot teach effort.

Andre Drummond was locked in against the New York Knicks, contributing 14 points and 25 rebounds, 17 of which were on the defensive end. He set a record for the most rebounds by a 76er since Charles Barkley did it on March 24, 1987. Despite Drummond’s big performance, The Sixers were unable to keep their winning streak alive, losing to the Knicks, 103-76.

Meanwhile, Steph Curry went crazy getting bucket after bucket against the Atlanta Hawks. He scored 50 huge points, including nine 3s and a perfect 13-of-13 on the line. He also added seven rebounds and 10 assists in the Warriors’ 127-113 win. It was the first 50-point, 10-assist game of Steph’s career.

Just when the Nuggets-Heat game was about to end, Nikola Jokic and Markieff Morris got into a brief scuffle.

“Oh no… No… Keep the players on the bench… No...” said Nuggets play-by-play commentator Chris Marlowe.

After the game, Jokic admitted he “felt really bad” but said he “just needed to protect myself.”

Jokic and Morris were called for flagrant fouls penalty two, resulting in automatic ejections. Further suspensions and penalties are yet to be announced by the league.

Ja Morant is a walking highlight reel, clutch scorer, and incredible playmaker all in one.

Show off those hops, Ja!

Ja showing off the hops on this oop 🐇 pic.twitter.com/ilsEOV7ilp