The Suns grabbed their fifth victory in a row behind a late-game surge, ending the Mavericks’ four-game winning streak. 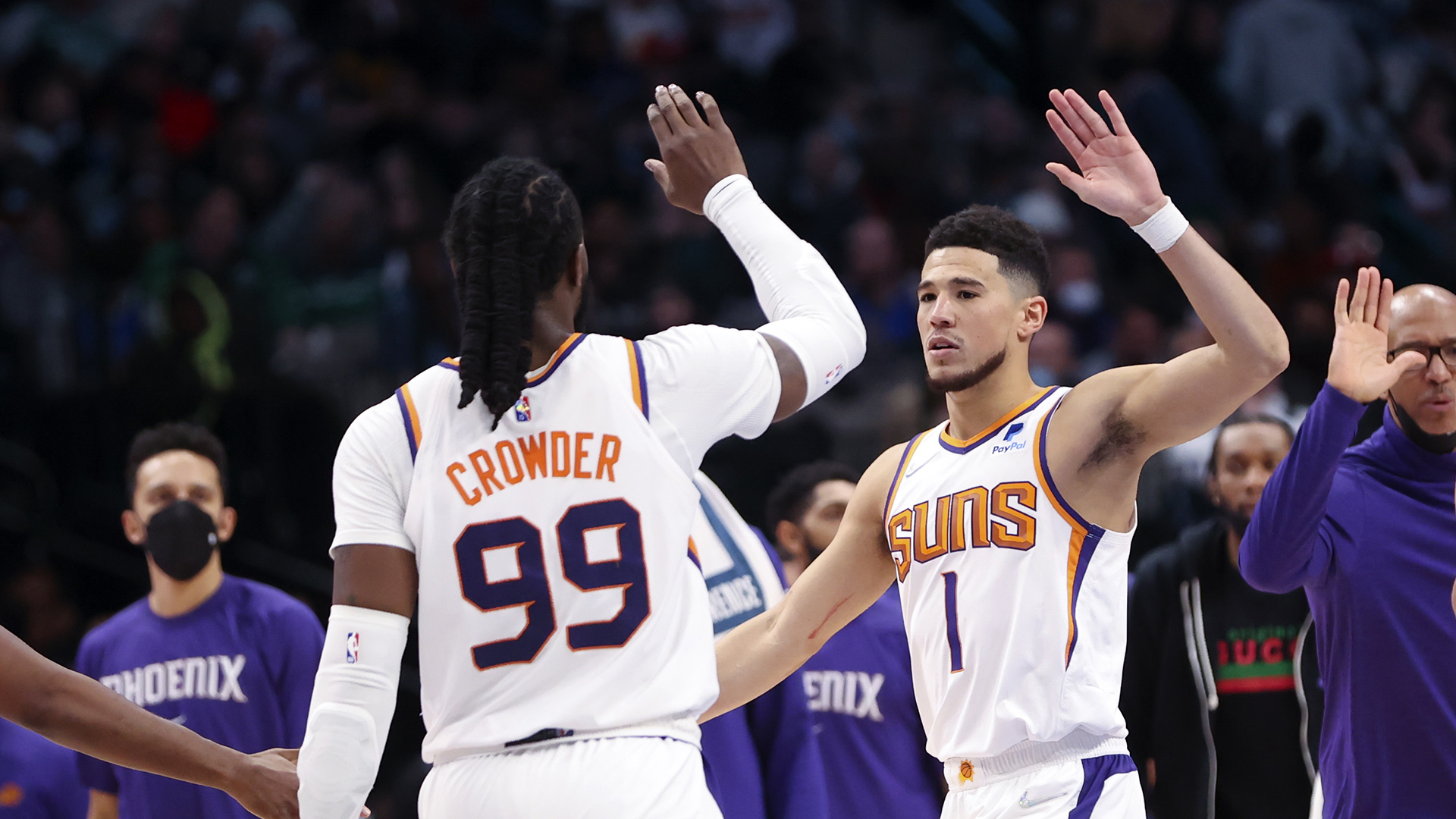 The Phoenix Suns made a late-game push to notch a 109-101 win over the Dallas Mavericks, who saw their four-game winning streak end.

Phoenix played without starting center Deandre Ayton, who is nursing an ankle injury. But it hardly mattered as Bismack Biyombo and Javale McGee combined for 17 points and eight rebounds in the victory.

Chris Paul was the perfect point guard yet again as he finished with a double-double of 20 points and 11 assists while committing zero turnovers. He also hit the dagger 3 that sealed the deal for the Suns. Meanwhile, Devin Booker put on a show with 28 points, five rebounds, and six assists.

The Suns had to fend off a tough Mavericks team to get their fifth straight win. In the first half, Phoenix could not find an answer to Luka Doncic, who scored 19 points by bodying up the smaller Suns guards. It also didn’t help that the Suns couldn’t get their shots to fall, managing just 2-of-19 from 3-point range by halftime.

During the break, head coach Monty Williams talked about how the Suns needed to stick to their game plan. He said was less concerned about their poor shooting and wanted his team to work on limiting Doncic’s production on the offensive end.

The Mavericks stretched their lead to 12 at the start of the third period. Most teams would have hit the panic button, but the Suns leaned on their experience to turn things around.

True enough, Phoenix put the clamps on Doncic, who only had nine points in the second half. The Suns ramped things up on defense to generate their offense—getting 20 fast break points off 13 steals.

In the final period, the Suns staged a huge 22-6 run in the last seven minutes of the game to wipe out the lead and secure the win.

When asked what helped their team in the clutch, Booker credited it to experience.

“I think our playoff run last year helped our chemistry moving forward. We’re never fazed in any situation” he said. “This team genuinely cares about each other. We want to see each other succeed.”

Heading into the game against the Indiana Pacers, Steph Curry was in a shooting slump. In January, he is only averaging 19.4 points and shooting just 32 percent from beyond the arc.

But that slump ended today.

Curry scored a game-high 39 points, along with five rebounds and eight assists, and shot 37.5 percent shooting from deep. Unfortunately, his effort was not enough to secure the win in overtime. Curry’s performance, though, can put Warriors fans at ease as it could serve as a turning point for him to get back into rhythm.

The struggling Los Angeles Lakers weren’t playing today, but Charles Barkley did not pass up the opportunity to give his thoughts on how the organization has handled the adversity the team is currently facing.

“The way they have tried to throw Russell Westbrook and Frank Vogel under the bus is just really pissing me off," said Barkley.

"The way they have tried to throw Russell Westbrook and Frank Vogel under the bus is just really pissing me off."

Chuck goes off on the Lakers. #NBAonTNT pic.twitter.com/qdDx84S7Fj