Jayson Tatum had 38 points to lead the Celtics past the Hawks for their 8th win in a row. 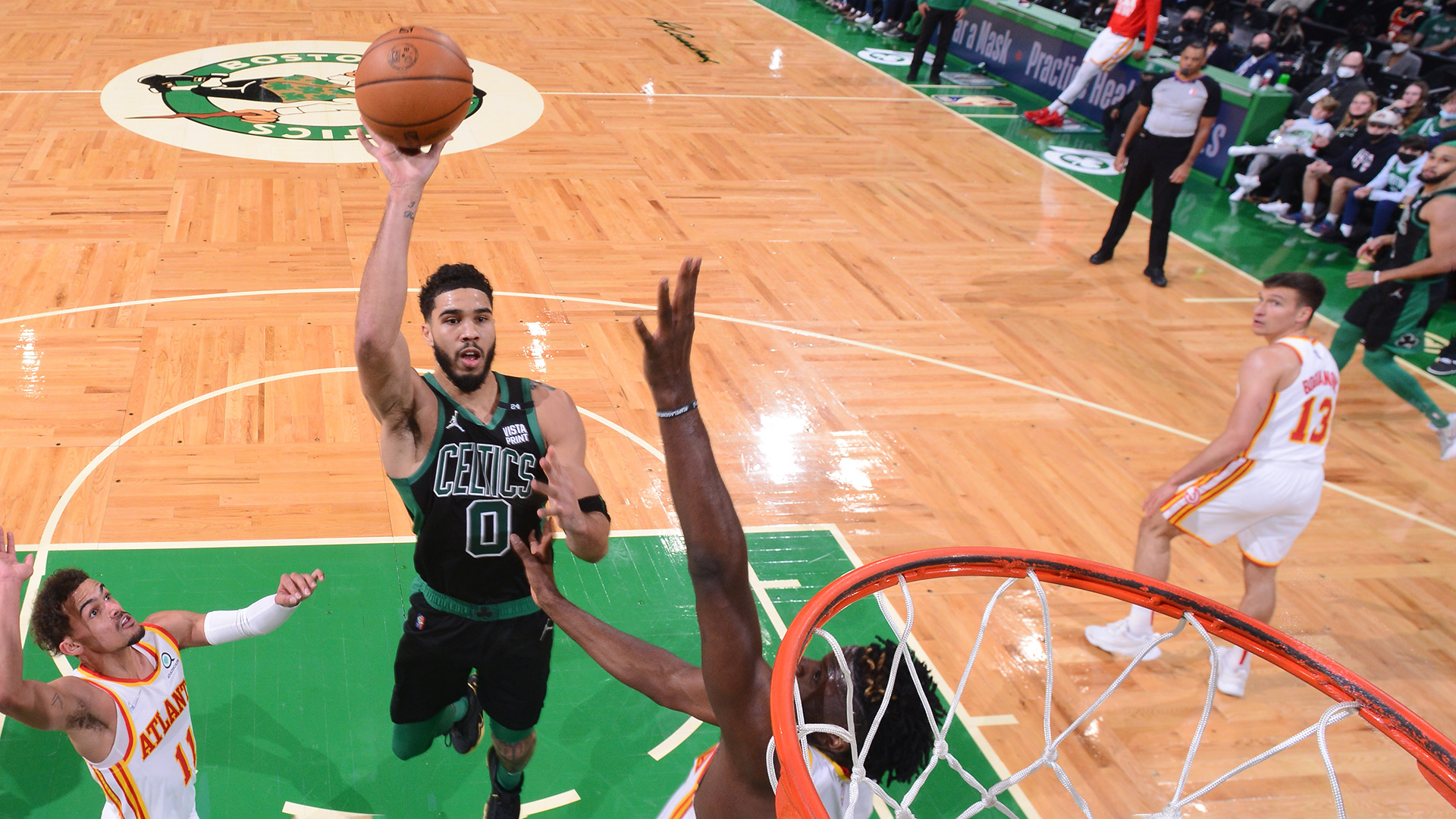 The Boston Celtics took their eighth straight win after beating the Atlanta Hawks, 105-95.

Jayson Tatum tallied a double-double with 38 points and 10 rebounds. Jaylen Brown had a rough shooting night but exploded in the third quarter where he scored 11 of his 17 points.

The Hawks were excellent to begin the game, up by 10 coming at the half thanks to Trae Young’s hot start. He had 18 of his 30 points in the first half, while the Celtics were ice cold, only sinking 7-of-22 field goals.

This quickly changed in the third quarter. Boston ramped up its offense and turned things around with a 12-0 run. The Celtics also locked down on Young, allowing just five points. Momentum shifted in the Celtics’ favor as they scored 42 points—16 from Tatum—in the period, a season-high.

Bogdan Bogdanovic led the Hawks’ offense and gave the Celtics quite a scare. He hit a jumper that brought his team within five with eight minutes on the clock but Tatum and the Celtics turned it up to protect their winning streak.

Anthony Edwards continues to prove his doubters wrong after he ended with 37 points while shooting over 50 percent from the field. He also stuffed the stat sheet with five points, four assists, four steals, and one block in the Timberwolves’ win over the Pacers.

Ant Edwards (31 PTS) is LOCKED IN from deep, he's drained 5 three-pointers in the 3rd quarter alone!

Ironically, the Boston Celtics’ last loss was to the Atlanta Hawks a few weeks ago. After that defeat, the Celtics started to turn the season around and climbed the East rankings. They are now on an eight-game winning streak, beating tough contenders like the Miami Heat, Denver Nuggets, and Charlotte Hornets during that stretch.

“I think, first of all, we have just been healthy. I think that really bothered us at the beginning of the season. I’ve been doing this long enough to know that there are good and bad parts in the season, but you can’t lose sight of the goal that you’re trying to accomplish,” said Tatum.

Tyrese Haliburton is looking good in the new threads. He’s averaging 22.5 in the two games he’s played for the Indiana Pacers.

He has 8 assists for the @Pacers on NBA League Pass: https://t.co/oz9UCQxdQa pic.twitter.com/tLyPZdt17i