Jayson Tatum delivered a wild game-winner at home to prevent the Nets from stealing the series opener. 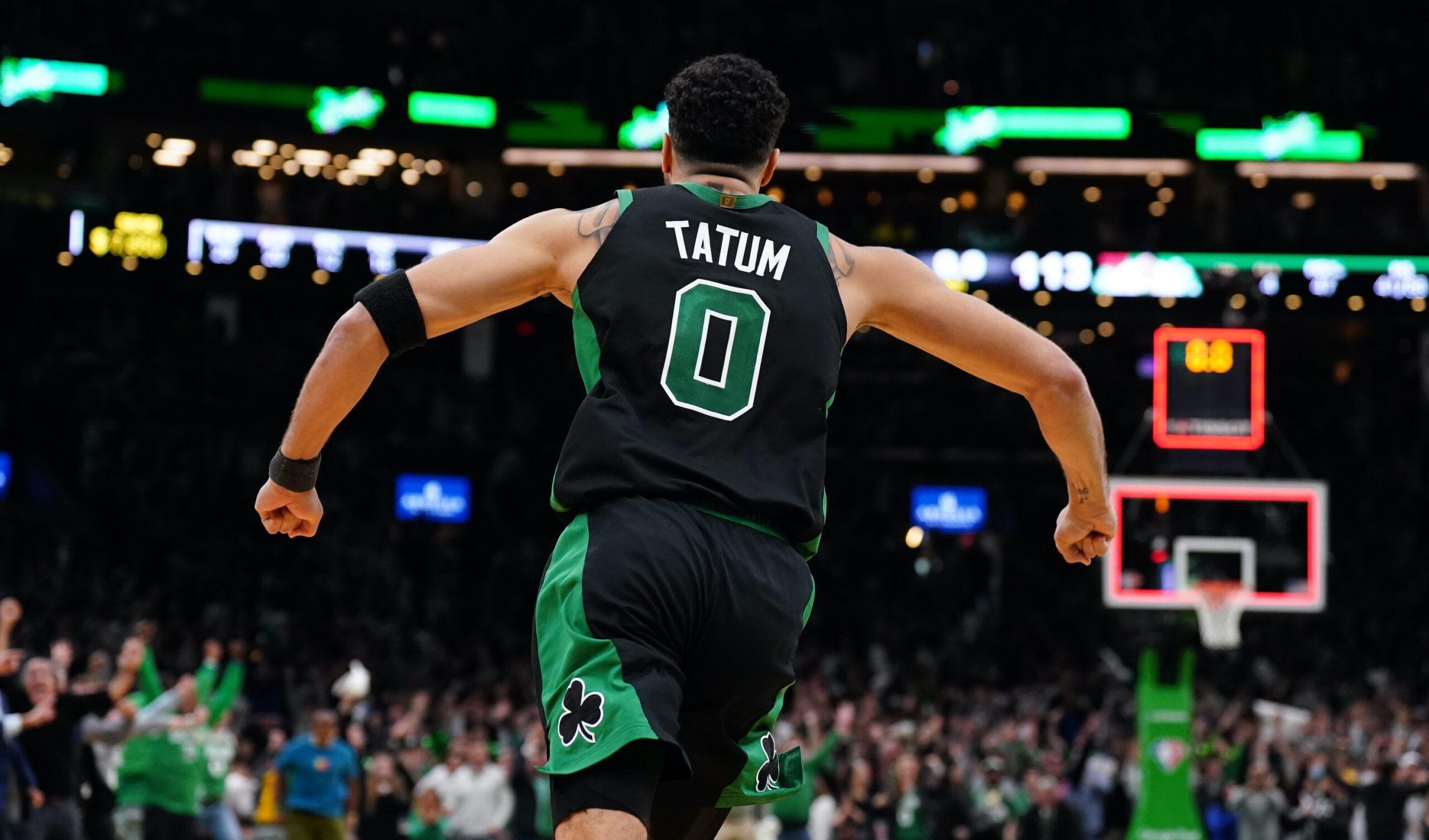 No upsets today. The higher-seeded teams handled their respective businesses at home, but not with big challenges from their opponents.

The biggest challenge came from the Brooklyn Nets, whose attempt of stealing Game 1 in Boston came up short because of a Jayson Tatum buzzer-beater. The Nets fell into a 15-point hole then came storming back and taking control of the game with only 20-plus seconds left.

Then the Celtics showed at the perfect time why they were the No. 1 defensive team in the league. With the Nets threatening to deliver the dagger, the Celtics locked down Kyrie Irving and forced Kevin Durant into a bad look in their final possession.

This led to the Celtics frantically running up court, swinging the ball around until it landed in the hands of Tatum inside the paint. One spin was all it took and Tatum was open for the game-winner at the buzzer, the first in Celtics playoff history. What a wild way to do it.

JAYSON TATUM SPINS TO THE WIN AND HITS THE #TissotBuzzerBeater TO LIFT THE @CELTICS TO THE 1-0 SERIES LEAD #ThisIsYourTime pic.twitter.com/gJfZolPV8i

Tatum finished with 31 points in this historic game for the Celtics. Irving (39 points) and Durant (23 points) will get another shot to take homecourt advantage in Game 2, as long as they recover quickly from this heartbreaker.

While all eyes were on Trae Young to light up the Heat, Duncan Robinson had other plans. Robinson came off the bench and was the one with the hot hand. He scored 27 points on 8-of-9 3s, setting a new franchise record.

Duncan 3-point counter: 🔥🔥🔥🔥🔥🔥🔥+ AND ONE pic.twitter.com/NupDwnXKrA

In Milwaukee, Giannis Antetokounmpo held steady for the Bucks, keeping the Chicago Bulls at a safe distance. In the most clutch moments though, it was Brook Lopez who delivered on the huge plays inside. Lopez finished with 18 points.

Can always count on Brook.

The top-seeded Phoenix Suns dominated early versus the New Orleans Pelicans, jumping to a big lead at the half. The Pelicans, as they did all season long, attempted a high-level heist that cut the Suns’ lead to just seven points. Chris Paul just wouldn’t allow it.

Paul turned on Point God mode and scored 19 of his 30 points in the fourth to put away the Pelicans. There’s just no stopping CP3 in his quest for a ring in Year 17.

THE POINT GOD HAS TAKEN OVER! pic.twitter.com/yxZ41txV9c

One matchup we should keep our eyes on is the petty back-and-forth between Kyrie Irving and the Boston crowd. There’s obviously a lot of history here and both sides won’t let up. This is, after all, the playoffs.

Straight out of a movie, the game-winning play of Jayson Tatum and the Boston Celtics was the perfect ending to a wild game. Better in Phantom Cam, of course:

The Tatum game winner is even better in #PhantomCam