Klay Thompson waxed hot with 38 points in the Warriors’ win against the Bucks, while Jordan Clarkson hit seven 3s en route to 45 points against the Kings. 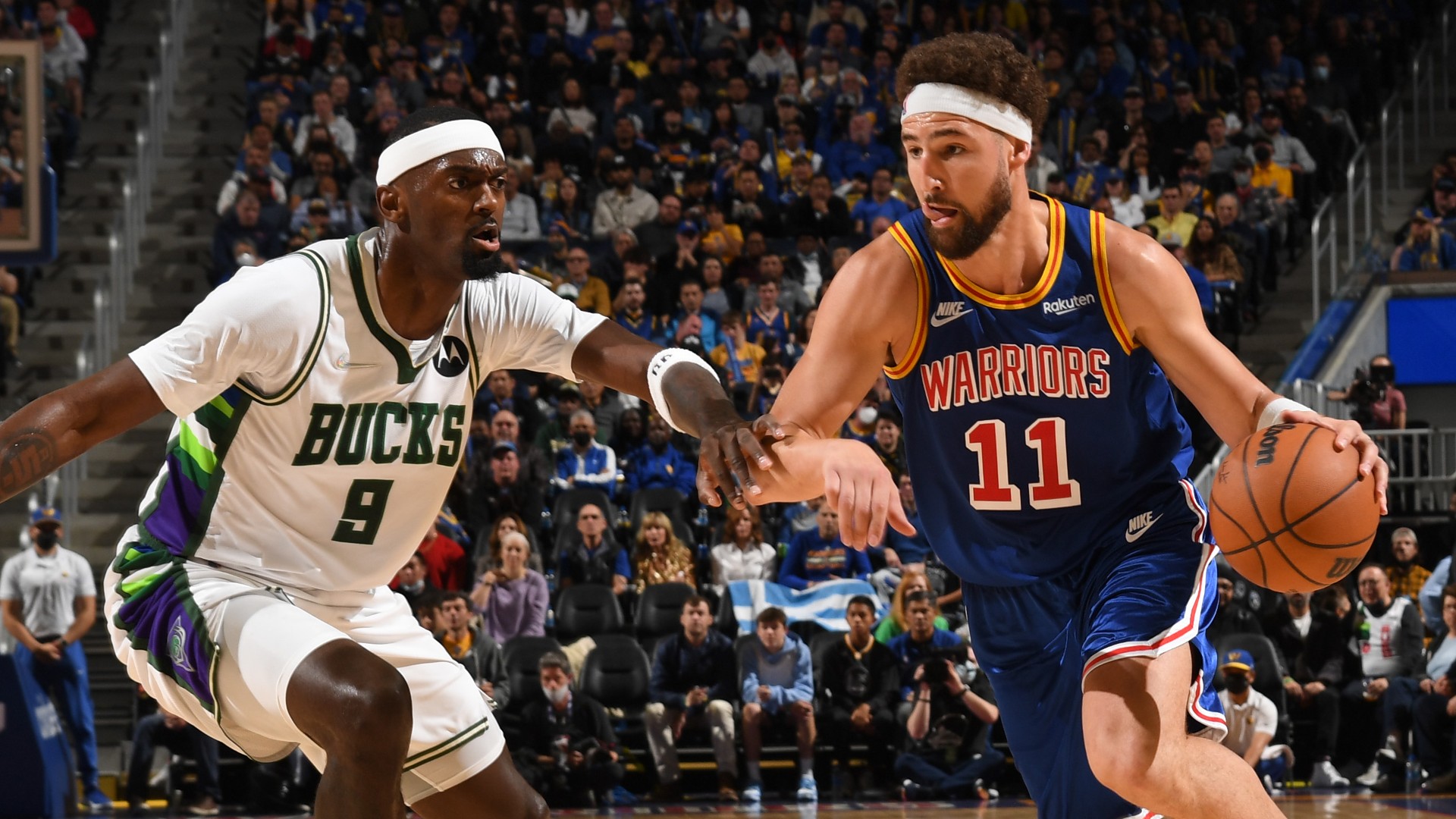 The game plan of defending champions Milwaukee Bucks looked simple enough: lock down Steph Curry at all costs and let the other guys beat them.

The other guys took the challenge. Curry finished the game attempting only seven shots, but the Golden State Warriors won by a convincing 13-point margin.

Four players not named Steph put on big games against the Bucks. Jonathan Kuminga chipped in 14 points and 11 rebounds off the bench. Andrew Wiggins added 21 points. Jordan Poole kept it hot with 30 points on five 3s.

But it was Klay Thompson who made the most out of the phenomenon that was Steph Curry sucking in the defense for the entire game. Thompson got hot early and didn’t cool off one bit, hitting a season-high eight 3s. Thompson led all scorers with 38 points.

Both teams are obviously poised to go deep in this year’s playoffs, but the most telling part in this game was how the Warriors dominated without Curry carrying the scoring load. He just brought gravity and everything else was affected around him because of his existence.

It was Jordan Clarkson night against the Sacramento Kings. Clarkson flamethrew his way to a career-high 45 points on seven 3s off the bench.

Josh Hart played huge for the Portland Trail Blazers, a team that’s depleted to its core. Hart slid in to a starting spot and dropped a career-high 44 points on only 21 shots.

This Pat Beverley tweet is Pat Bev in his A-game:

The Milwaukee Bucks didn’t have a chance against a scorching Klay Thompson, but Giannis Antetokounmpo made sure he got to take home a poster with him:

Something tells me we’ll get to see more of Jonathan Kuminga in the future:

Kuminga had the rim at eye-level 🤯 pic.twitter.com/D0isn9Qv0B