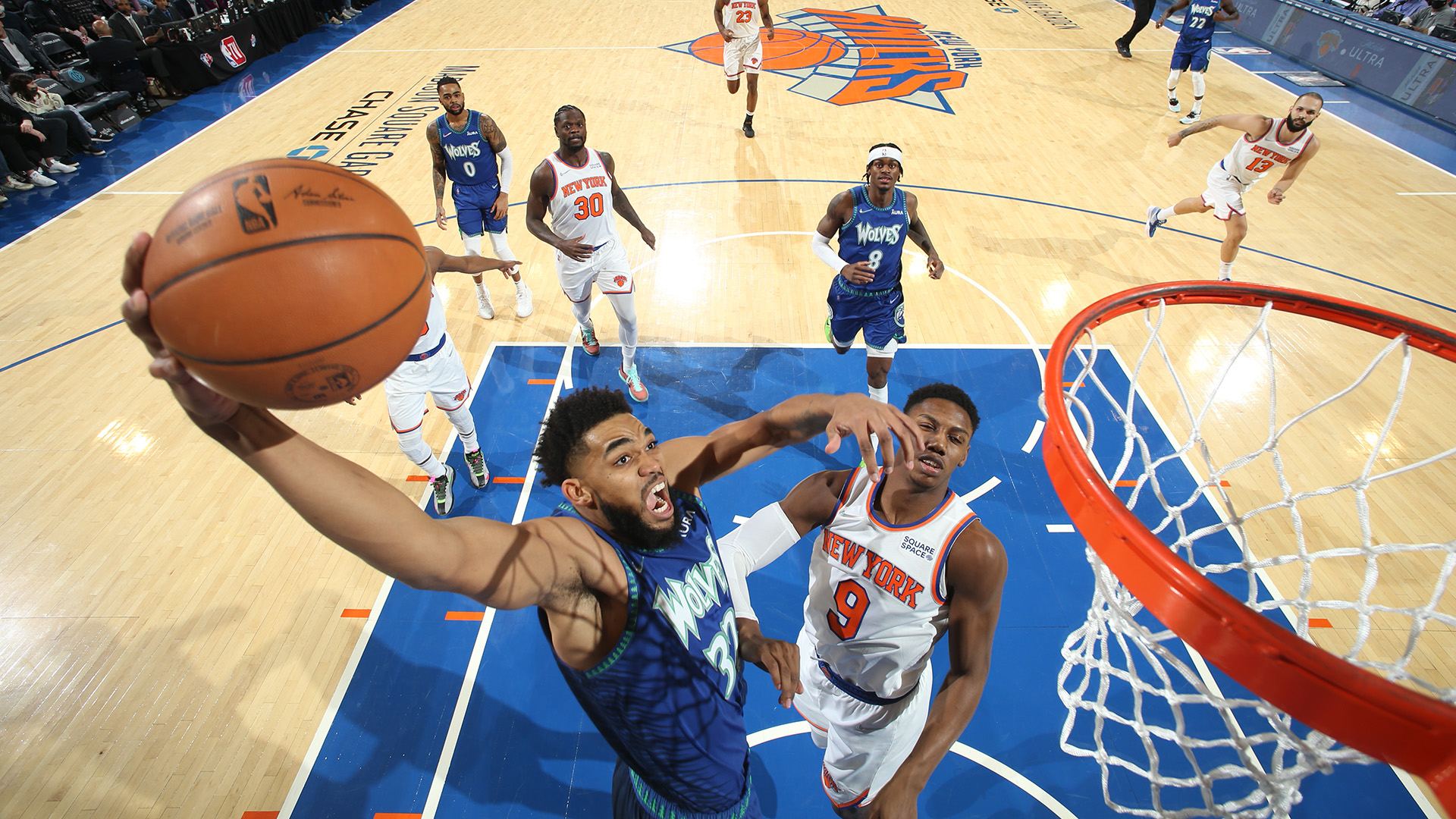 Minnesota’s Big 3 combined for 58 points as the Timberwolves withstood a second half surge from the Knicks to come out on top. Anthony Edwards scored 21 points, Karl-Anthony Towns had 20, while D’Angelo Russell added 17.

After being down in the first half, the Knicks got back into the game using a 40-point third period. The endgame inside Madison Square Garden turned into a dogfight with both teams going back and forth.

KAT delivered the go-ahead basket off an and-1 play with 29.3 seconds left to give his team a 111-109 lead. The Knicks’ Julius Randle then failed to tie the game, splitting his chances at the line. New York still had another chance to draw even or take the lead after Patrick Beverley made just one of his two free throws. Evan Fournier’s hard drive to the basket went awry and Alec Burks’ 3-point shot missed as time expired.

Fournier led the Knicks with 27 points, doing most of his damage in the third. Randle tallied 21 points, nine rebounds, and nine assists.

Klay Thompson had his best scoring game since his return with a 21-point outing against the Pistons. He went 6-for-13 from the field, drilled three triples, and made all of his six shots at the foul line. In a little over 22 minutes, he also added three rebounds, four assists, and two steals.

It was a relatively slow day in the NBA with just two games slated. However, that doesn’t mean you can let your guard down for any Woj bombs.

Hall of Famer and women’s basketball trailblazer Lusia Harris passed away on Wednesday (PHT). She was the first and only woman to be officially drafted by the NBA in 1977 by the New Orleans Jazz.

Harris was the only woman ever officially drafted into the NBA in 1977.https://t.co/ABg4uc5vql pic.twitter.com/PgCJZr9LUC

Heat guard Kyle Lowry (hamstring) out for Game 5 vs. Sixers

Miami's starting point guard will not play in the pivotal Game 5 on Tuesday night.