The Timberwolves survived Joel Embiid’s 42-point outburst and won in a wild double overtime finish. The Suns, on the other hand, extended their hot streak to 16 after defeating the Nets. 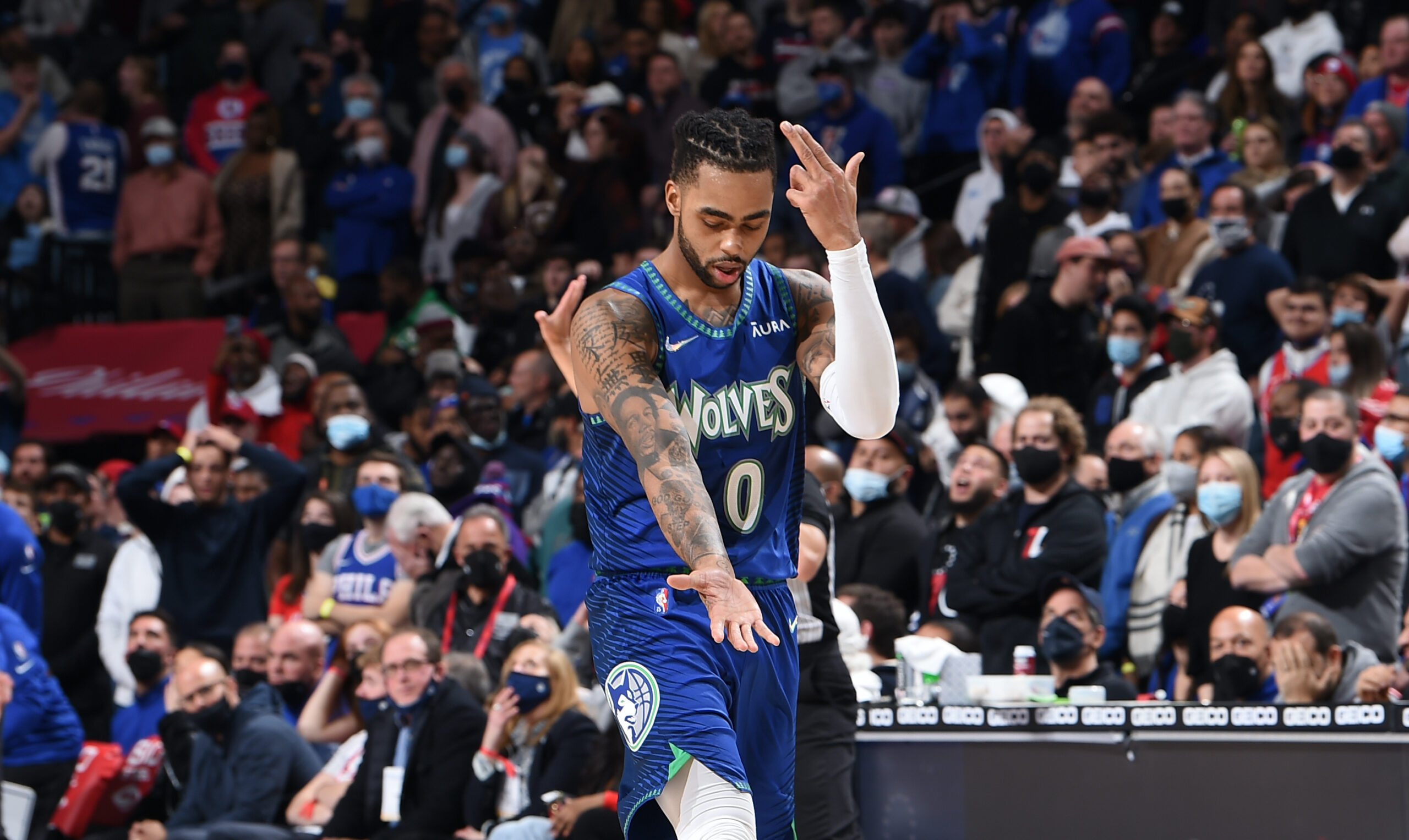 The Joel Embiid-Karl-Anthony Towns headliner delivered on the promise of a thrilling heavyweight match with a couple of unexpected twists.

First, the Minnesota Timberwolves stormed out early with a 15-point halftime lead. Then, the Sixers tightened up the D and came roaring back to tie the game at the end of regulation.

With KAT fouling out towards the end of the fourth quarter, it definitely looked like Embiid and the Sixers had a clear upper hand.

Then, D’Angelo Russell happened, reminding everyone that he still has ice in his veins.

Russell ended the third quarter with only eight points, but somehow finished the game with a cold 35 points on six 3s. Two of those 3-pointers came in overtime, one to tie the game and the other to give the Wolves a three-point lead with only six seconds left in OT.

Then in another shocking twist, the Wolves decided to foul the Sixers in their final possession, sending Tyrese Maxey to the line with two seconds left. Maxey made the first and perfectly missed the second one, in such a way that all Andre Drummond had to do was softly tap it in to tie the game yet again.

In the second overtime, with Embiid continuing his paint dominance, it looked like the Wolves were finally done. But in a final plot twist, Russell stole the ball with 10 seconds left and found a streaking Taurean Prince for the eventual game-winner.

Anthony Edwards locked down Embiid in the Sixers’ last chance to win it, putting to waste The Process’ 42-point, 14-rebound comeback game.

The biggest moment of DLo came after the game, when he was asked about his thoughts on getting the much-needed W against the Sixers. Instead of giving credit to the ice in his veins, he said the win was all about the team pulling together.

Playing without KAT for 10 minutes against a determined Embiid, that’s exactly what the Wolves did.

The Phoenix Suns went to Brooklyn with a 15-game winning run and left with the streak intact. Devin Booker was, per usual, on fire from the get-go. He scored 16 points in the first quarter and 30 for the game. Light work for DBook.

The big-time baller against the Nets though was Mikal Bridges, who was all over the Nets on defense. He recorded a career-high seven (!!!) steals, swiping and deflecting at an elite level.

It was a good day for Suns fans and a great day for Mikal Bridges fantasy managers.

DeMar DeRozan and Kyle Lowry are on different teams now, but the bond stays firm. This is what DeRozan had to say about that:

Caruso bringing the thunder in #PhantomCam @chicagobulls and Heat trade buckets on NBA League Pass... Stream for 50% off this weekend only: https://t.co/5ekswLU4xb pic.twitter.com/NHBLtZ4sCx