The Wizards outlasted the Knicks and overcame Kemba Walker’s 44-point game, while Jalen Green made his return to the Rockets’ lineup with 20 points in the loss to the Pacers. 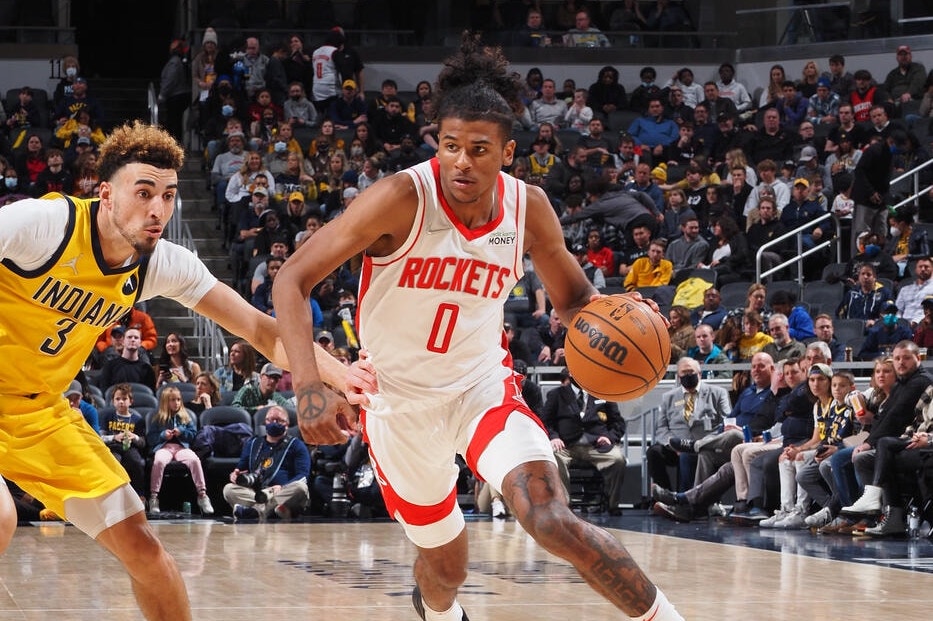 The New York Knicks fell short against the Washington Wizards, 124-117, despite Kemba Walker’s phenomenal performance. Less than a month after head coach Tom Thibodeau announced that he would be removed from the rotation, Walker dropped 44 points, grabbed nine rebounds, and dished out eight assists in the loss.

Seven of Washington’s nine players scored in double digits. Kyle Kuzma hit two crucial 3-pointers to extend the lead to seven in the final minute, ending the game with a double-double of 18 points and 10 rebounds. Spencer Dinwiddie also had a double-double with 21 points and 12 assists.

Notably, the Knicks were without several key players such as RJ Barrett and Derrick Rose, among others. However, like New York, Washington was also missing some key guys, including star guard Bradley Beal.

Walker exploded in the second quarter, scoring 23 in the first half to bring the Knicks ahead by seven at halftime.

That quickly after the break as the Wizards went on a 10-2 run to start the third period. They kept adding to their lead as the Knicks struggled to keep up. Dinwiddie took the scoring load, trading buckets with the Knicks.

New York struggled to find an answer as the Wizards managed to grab the win even without Beal.

After being sidelined for 14 games due to a hamstring injury, Jalen Green erupted for 20 points—shooting 6-of-9 from downtown—in his return but could not get the win for the Houston Rockets.

The young team held onto the lead going into the fourth quarter but the Indiana Pacers took control of the game and eventually got the win.

Watch Jalen's performance against the Pacers 🔥

Meanwhile, Keita Bates-Diop had a literal perfect game against the Los Angeles Lakers. He made 30 points on a flawless 11-of-11 shooting from the field. His one scratch today was the two free throws that he missed, but it was still a pretty good performance for a guy who’s averaging just 3.8 points this season.

We can all agree with Quentin Richardson when he said, “the [Golden State] Warriors this year have been a completely different team.”

Last season, the Warriors looked like a team that was moving downhill. They qualified for the play-in but didn’t make the playoffs. In the offseason, they didn’t make any groundbreaking moves.

One player that has been vital for the Warriors this year is Andrew Wiggins, who provides the team another scoring option. Wiggins can penetrate the basket and break down the defense, and hit shots from downtown if needed. The numbers (18.7 points, 4.5 rebounds, and 1.8 assists) he provides are a huge boost to a Warriors team that thrives on teamwork.

“I love the fit that Andrew Wiggins has with them. He seems to be fitting in perfectly and he’s having a great season from everywhere I’m looking at it,” said Richardson.

Watch the alternate stream for the @warriors and Grizzlies here: https://t.co/xoeIs8Ya7g pic.twitter.com/r3j52fY3gC

We can never get sick of this classic textbook play from Chris Paul to Deandre Ayton.