Trae Young was pivotal in the fourth quarter to help the Hawks get a Game 3 win over the Heat. 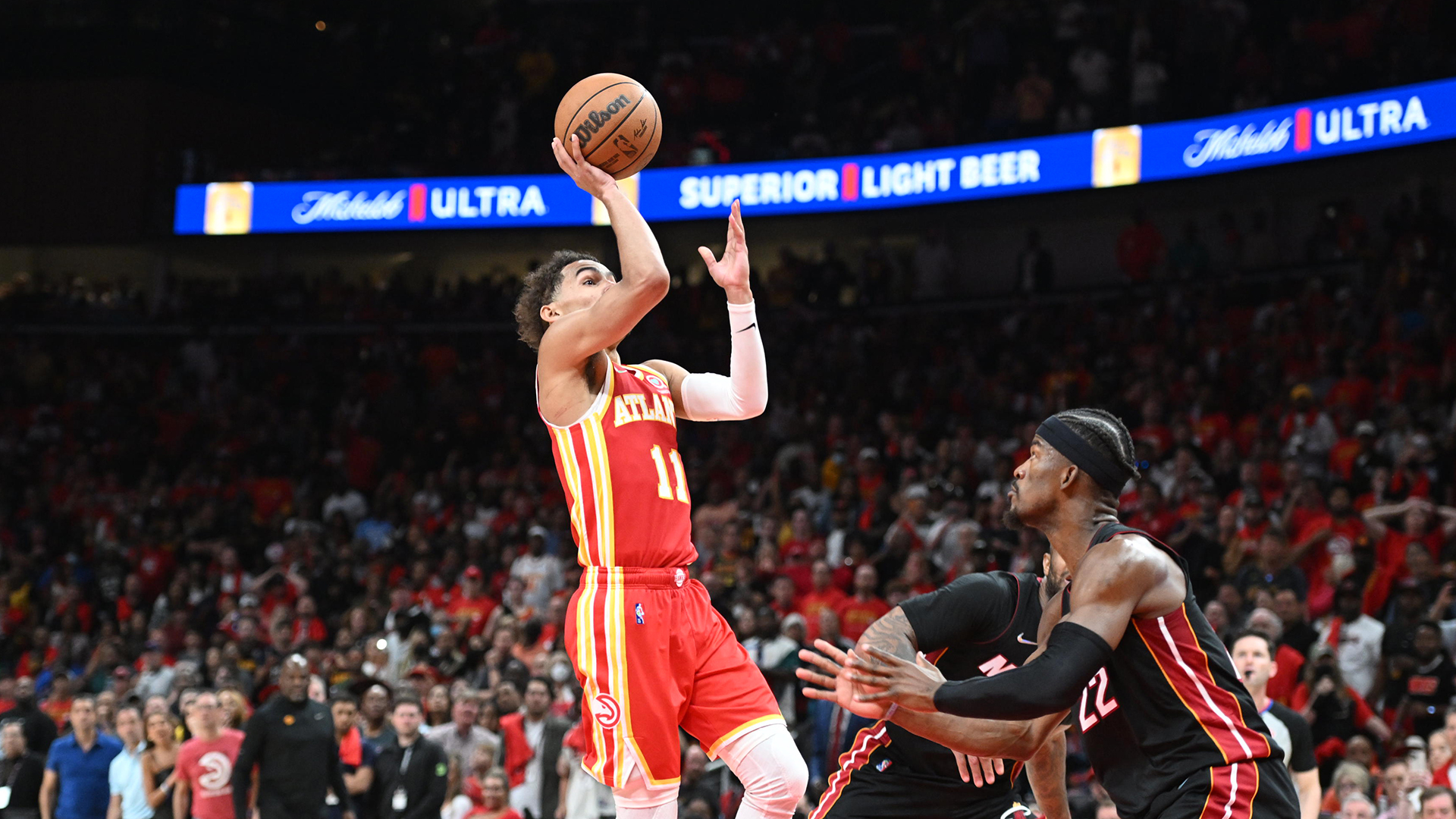 The start of Game 3 of the Miami Heat-Atlanta Hawks series got delayed a bit because of a suspicious package in the arena. The package was determined to be safe, and the game pushed through.

Turned out that the only thing dangerous at the State Farm Arena was No. 11. With the Heat hanging on to a 14-point lead in the fourth quarter, Trae Young led the Hawks, as he does, to another rousing comeback.

With seconds left and the Hawks down a point, Young ran up the court then coolly sank his patented floater. It was both icy and deadly:

TRAE WINS IT FOR THE ATL HAWKS 🧊#NBAPlayoffs presented by Google Pixel pic.twitter.com/JThNbcfb39

Young scored 10 of his 24 points in the fourth quarter. In the last four minutes, he scored seven big points to finish off the Heat.

Jimmy Butler (20 points, 10 rebounds, eight assists) had a chance at the end to steal the game but missed the buzzer-beating jumper.

Young got help from De’Andre Hunter (17 points) and Bogdan Bogdanovic (18 points) before he put on the finishing touches.

Miami still has a 2-1 series lead but Atlanta has a chance to tie with all the momentum going in Game 4.

Tyler Herro could’ve been the, um, hero for the Miami Heat in Game 3. The Sixth Man of the Year finalist was huge for the Heat, scoring 24 points off the bench. Of course, it was all wasted because of Trae Villain’s game-winner.

The Phoenix Suns went to Game 3 without Devin Booker, so Deandre Ayton and Chris Paul had to fill in the legendary void. Ayton and Paul combined for 56 points (28 points each) to beat the New Orleans Pelicans.

Grayson Allen, who top-scored for the Bucks with 22 points, had this to say after a big win in Game 3:

Trae Young ices it in #PhantomCam