The time Michael Jordan played for the Washington Wizards

Many forget that Michael Jordan still showed us glimpses of his greatness during his years with the Washington Wizards. 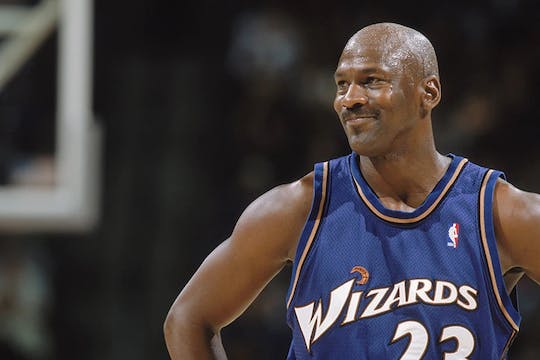 Michael Jordan is arguably the best basketball player of all time.

But not everyone appreciates the second time he came out of retirement and played two seasons for the Washington Wizards. People act like that chapter of Jordan's career didn't it even happen. Like how people forget Amy Adams was a purse saleswoman in The Office.

When rumors of MJ's return came out in 2001, many were convinced he was washed up and that he would be just ruining his legacy by coming back. But, as he said, there was an "itch" that needed scratching. MJ wanted to return to the game he loved and wanted to test himself against the next crop of elite NBA talent.

In his first press conference as a member of the Wizards, he said:

"You say the young dogs are going to chase me around. Well, I’m not going to bark too far away from them either. I’m not running from nobody. If anything, it’ll be a great challenge for me. I’m not saying I can take Kobe Bryant, or I can take Tracy McGrady. You guys are the ones saying they can take me. That's all good and fine. I’m pretty sure they’re sitting back welcoming the challenge. Guess what? I’m sitting back welcoming the challenge, too." 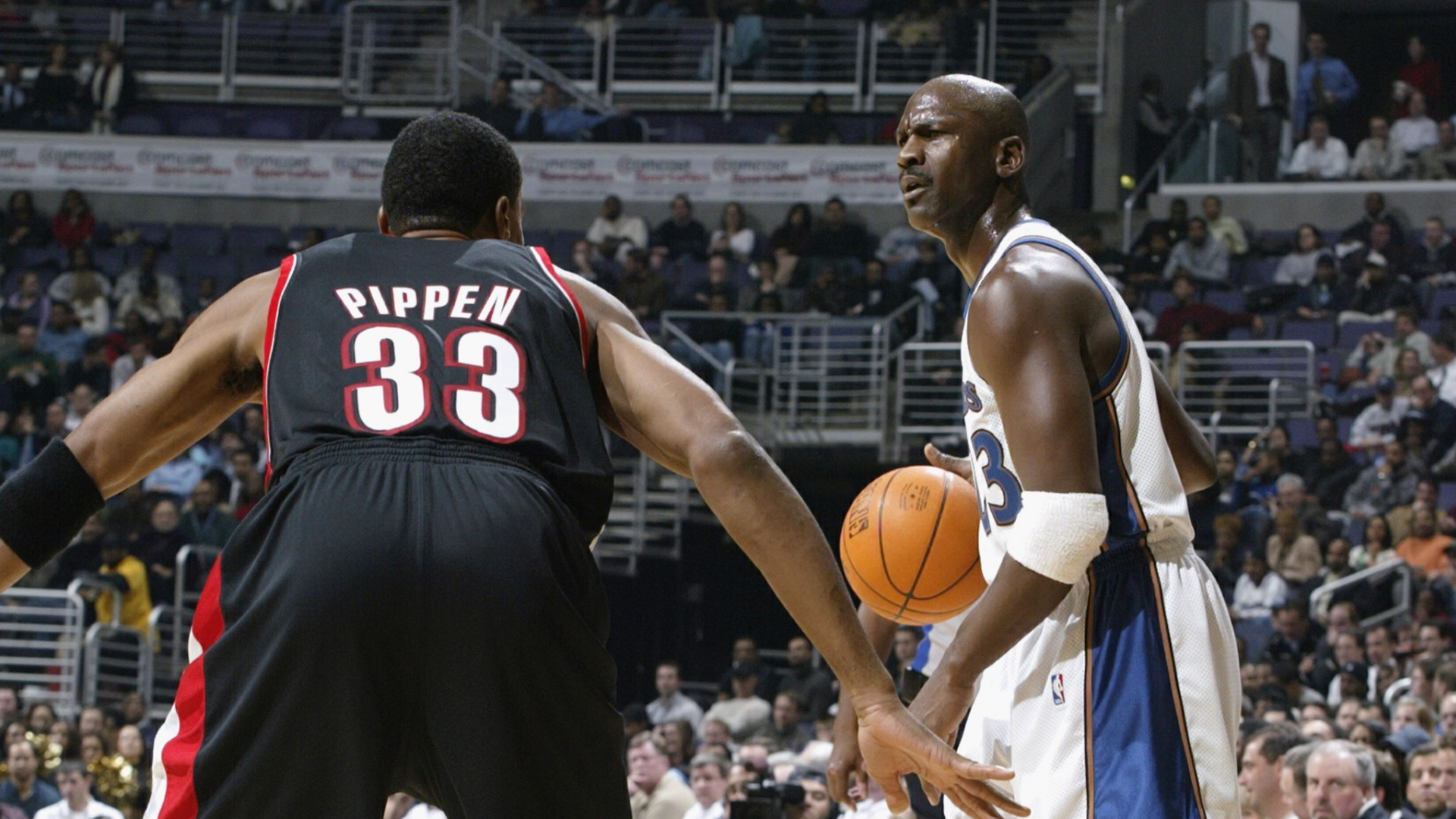 Michael Jordan wasn't as dominant as when he was still running the show in Chicago, but he did put up All-Star numbers in his two-season stint in Washington.

Those are CJ McCollum and Shai Gilgeous-Alexander-type numbers. Not eye-popping, but still pretty good. To put things in perspective, in the 2001-02 season, Kobe Bryant was the only other player in the league dropping 25-5-5. But you need to consider the fact that MJ was doing this in his late 30s.

Watch any Jordan highlight mixtape and all you'll find are clips (dunks, fadeaways, game-winning shots, etc.) of him in a Bulls uniform. But his time in D.C. also produced several jaw-dropping moments. Let's recall some of the highlights during his Wizards days.

September 25, 2001: I'm back... again. Jordan announced he would return to professional basketball by signing a two-year contract with the Washington Wizards.

December 29, 2001: From worse game to one of the best. After scoring a career-low six points two nights before (which ended his 866-game streak of 10 points or more), the 38-year-old MJ exploded for 51 points against the Charlotte Hornets. FIFTY. ONE. He went 21-of-38 from the field and also had seven rebounds, four assists, and three steals. Like a glitch in The Matrix.

December 31, 2001: Encore. Jordan followed the 51-point game with 45 in a win over the New Jersey Nets. He scored 22 straight points during a six-minute stretch, outscoring the Nets by himself, 22-13. A total of 96 points in two games. Proof that he could still dominate if he wanted to.

January 6, 2003: Still got game. Jordan was named Eastern Conference Player of the Week after averaging 22.3 points and 8.0 rebounds to help the Wizards go 3-1.

February 8, 2003: Star of stars. In the final All-Star Game of his career, Jordan dropped 20 points to become the NBA's all-time leading scorer in All-Star history.

March 23, 2003: Beast of the East. Jordan was again named Eastern Conference Player of the Week after the Wizards went 3-1. He averaged 24.5 points and 8.3 rebounds in the four games, including a 38-11-6 line against the Houston Rockets that week.

April 16, 2003. End of an era. MJ played in his last NBA game, receiving a long ovation from the crowd upon his final exit. He scored 15 points to wrap his historic career.