What happened when the Bulls’ Derrick Rose—at the peak of his powers—faced the Heat’s Big 3 of LeBron, Wade, and Bosh 10 years ago? The Decision. The championship promises. The struggles. The player’s only meeting. The flamboyant pregame chalk toss. The lofty expectations. All these defined—and in many ways weighed down—the early years of the Miami Heat Big 3 of LeBron James, Dwyane Wade, and Chris Bosh.

When all eyes were on the Heat’s every dribble and stumble, another team in the East was quietly on the rise at that time: the Chicago Bulls.

These two teams were contrasting in nature. The Heat’s success was hinged on savvy recruiting, which involved Heat president Pat Riley flexing his championship rings, and player empowerment, as in players being empowered to choose not only which city to play in but also with whom.

The Bulls, on the other hand, had a more organic, homegrown feel. Joakim Noah was handpicked by the Bulls while Luol Deng was acquired on draft day. Their franchise player Derrick Rose was a No. 1 pick and a beloved hometown hero, like what young LeBron was in Cleveland -- what he essentially turned away from when he took his talents to South Beach and what he eventually returned to in the finals of 2016.

All these made the Heat-Bulls matchup a must-watch 10 years ago. March 6, 2011 was their final meeting in the regular season and the two teams showed exactly why they’re top-tier entertainment.

The Heat—powered by its three superstars basically alternating shots—threatened to pull away a couple of times, but the Bulls held them back each time, forcing a bunch of turnovers and missed shots.

With one minute left in the game, the score was tied and the stage was set for big plays from the big stars. Instead, the role players decided the game. Mario Chalmers gave Miami a two-point lead with a layup, then later fouled Deng, which eventually led to the Bulls’ taking control of the lead. The Heat still had chances to win the game in the closing seconds, but the Bulls’ defense thwarted both LeBron and Wade from hitting potential game-winners.

With the win, the Bulls swept the Heat in their season series and secured the second place in the East, behind the Boston Celtics. It was the Heat’s fourth straight loss. Later in the playoffs, the two teams would meet again in the Eastern Conference Finals, and Miami got their revenge where it mattered more.

The 2010-2011 season was Derrick Rose at the peak of his explosive powers. He was named Most Valuable Player in only his third year, pre-injuries, averaging 25.0 points per game with 7.7 assists, and 4.1 rebounds. He carried the Bulls to a league-leading 62-20 win-loss record, the team’s first 60-plus win season since the Michael Jordan era. 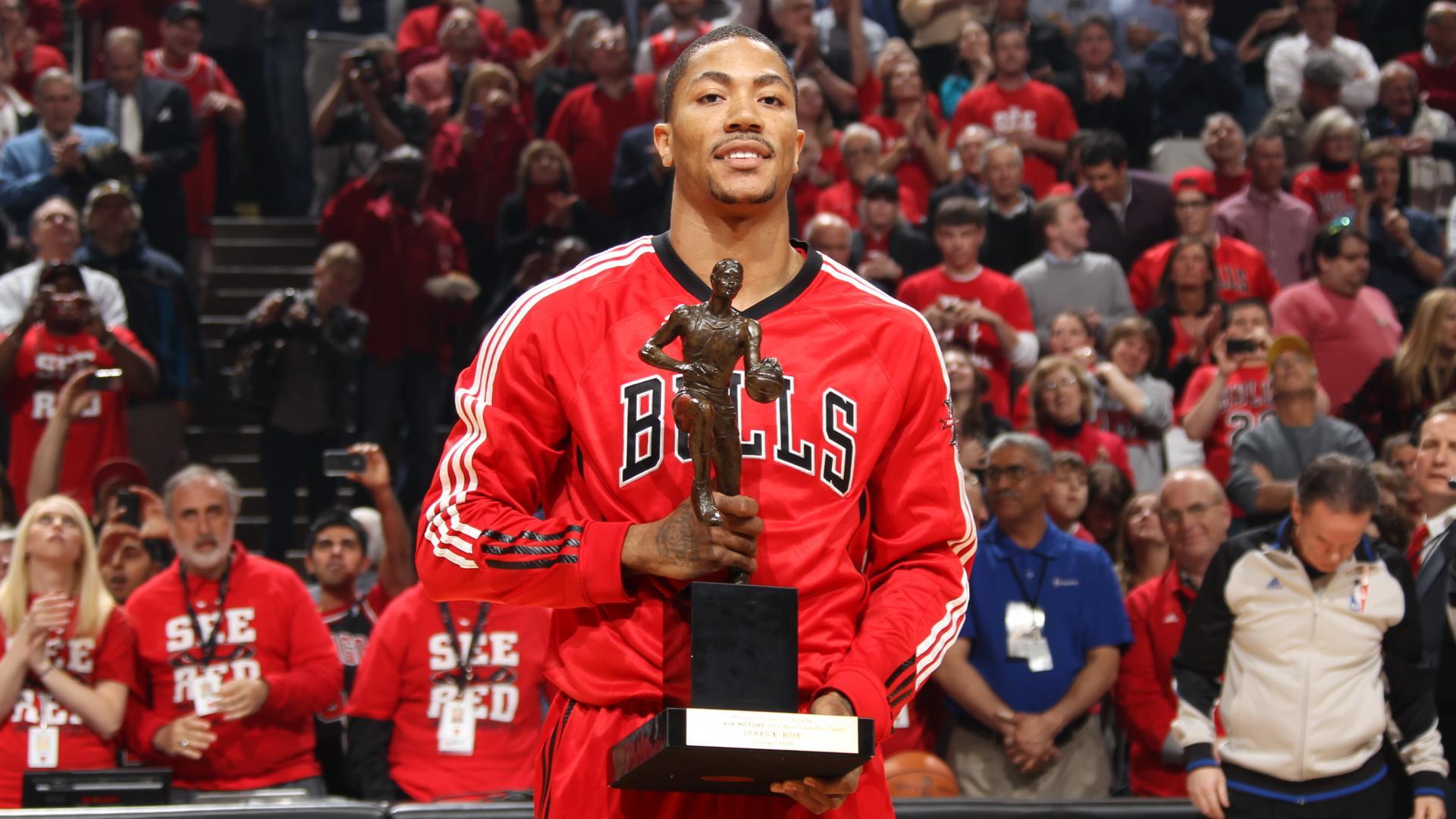 The D-Rose we see today in New York still has flashes of MVP D-Rose, but set to 0.25 playback speed. A decade ago, Rose had the energy and the attitude of a spinning roundhouse kick: looks fancy yet super effective and powerful. And painful to the opposition.

"The Miami Heat are exactly what everyone wanted, losing games. The world is better now because the Heat is losing." — Dwyane Wade

22 - Derrick Rose’s age when he was named MVP, the youngest in NBA history.

2 - The number of ears that Mario Chalmers have, which served as targets for scolding from the Heat’s Big 3.