The talented guard will be reevaluated after the All-Star break in mid-February. 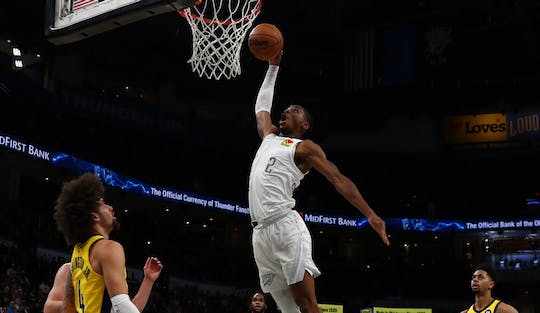 Oklahoma City Thunder guard Shai Gilgeous-Alexander will be sidelined at least three weeks because of a sprained right ankle, the team announced.

The 23-year-old Canadain will be reevaluated after the All-Star break.

Gilgeous-Alexander rolled his ankle while being fouled on a drive to the basket early in the second half of Saturday’s (PHT) overtime loss to the Indiana Pacers. In obvious pain, he remained in the game to shoot a pair of free throws before being helped back to the locker room.

Gilgeous-Alexander finished with 10 points, three assists and two rebounds in 17 minutes. Now in his fourth season, he is averaging 23 points, 4.8 rebounds, 5.5 assists and 1.1 steals in 42 games.