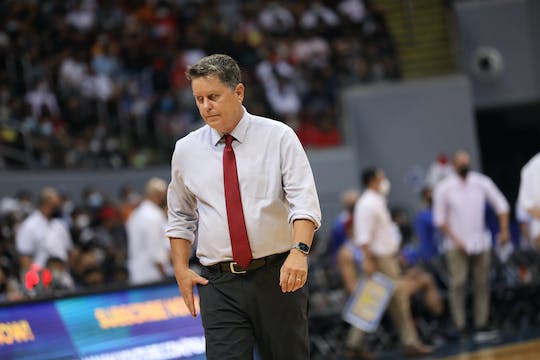 Cone shared the news in a recent interview with Cignal sportscaster and The Game host Paolo del Rosario.

"I've been invited to work with the Heat [for] the Summer League which starts in San Francisco and goes in to [Las] Vegas. Bottomline is that I'll be an assistant coach to their head coach who's going to be Malik Allen - he will head coach the Summer League team," he said.

Cone said this development "all started with Jimmy Alapag" and it unfolded during a conversation with Heat head coach Erik Spoelstra, whom he maintains a close relationship with.

"One day I was speaking to Erik Spoelstra and Erik said to me, 'I heard Jimmy is here, doing something with the Sacramento Kings' and I said, 'Yeah,' and he said, 'Why don't you do that with us?' And I go, 'Well, I've never been invited,'" Cone said laughing. "But I told him that I would love to do that and immerse myself and be a fly on the wall—whatever it takes—and just hang out with the coaching staff."

"This is very humbling for me and I am willing to go in there and do whatever it takes."

Coach Tim Cone (@manilacone) says he will approach the job with humility and looks forward to working with Malik Allen and the rest of the team.@OneSportsPHL pic.twitter.com/4Axx5ZrcHj

Alapag was invited to join the coaching staff of the Sacramento Kings' Summer League squad last season before eventually taking on a new mission as an assistant coach of the Stockton Kings. Now, Cone has the opportunity to follow his footsteps and learn as much as he can in an NBA environment.

"The first thing I'm going to say to Coach Allen is, 'Coach, whatever you need me to do, whatever I can do... I'm going to try go in there with an incredibly humble idea and just try to soak up anything there is," said Cone.

"If they want me to do something, as they've told me I'm going to be part of the staff and part of the practices, pre-game, [on] the bench. I'm sure they gonna have duties for me and I'm going to look forward to it wholeheartedly."

Cone, who has won multiple championships in the PBA including two Grand Slams, will miss several games in the PBA but he knows this is a life-changing experience that will help him improve as a coach.

"This is very humbling for me and I am willing to go in there and do whatever it takes."

The 37-year-old could be in high demand by contenders who have seen him compete on the biggest stage in recent years.