Tim Duncan achieved consistent success in the NBA because his game was always about substance and never about style. 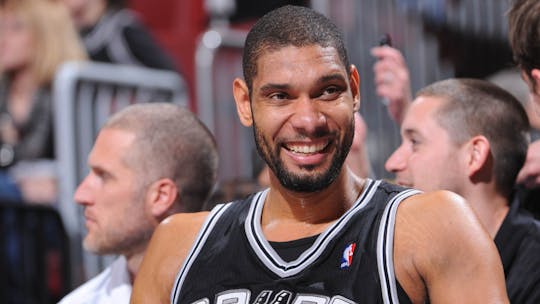 When we talk about the greatest basketball players of all time, we often forget the career and achievements of Tim Duncan. He won five NBA championships—with three NBA Finals MVP awards—and was a two-time MVP, but it is easy to lose his name in the discussion of the game’s greats.

It is very easy to overlook consistency when you have learned to expect it.

Even after finishing his 19-year NBA career averaging a double-double with 15 All-NBA and All-Defensive team selections, it was never easy to root for Duncan and the Spurs. Year after year, we expected the Spurs to finish with a winning record, enter the playoffs, and make a deep playoff run. Duncan’s excellence, and by extension that of the Spurs’, became the standard and never the norm.

Duncan played the game of basketball in its simplest form—probably as close to what Dr. James Naismith envisioned when he invented the game. Since he learned to play basketball at a later age, he tried to compensate for lost time and stuck to the basics.

Jump hooks, bank shots, and short stabs were his go-to moves. He never dazzled his opponents with a lot of dribbling or used his athleticism to overpower them above the rim. He always played the game simply and effectively. However, his non-flashy, straightforward approach wasn’t enough to engage and captivate more basketball fans.

Many of his peers consider Duncan as the ultimate teammate. He was one of the rare superstars who allowed coaches to keep him accountable, and he was also willing to defer to his teammates if it placed the team in the best position to succeed.

Early in his career, Duncan was the go-to-guy for the Spurs. Their offense primarily revolved around feeding the ball to him down low and seeing how the defense would react to him. This was a championship-winning formula that resulted in their first three titles.

However, as he grew older and as the game moved away from the basket, Duncan was willing to share the offensive load with his other teammates. Instead of feeding the ball down low directly to him, he would set screens to free up driving lanes for Tony Parker or Manu Ginobili. At times, he would still initiate the offense from the block but would be more conscious in looking for the cutting Kawhi Leonard or Danny Green in the corner for a wide-open 3-pointer. This transition stretched Duncan’s championship window and allowed him to compete up to his late 30s when many of his peers were slowly retiring.

Despite being one of this generation's toughest competitors, Duncan, early on, learned to trust the judgement of head coach Gregg Popovich. He allowed Pop to coach him hard in practices and hold him accountable for his mistakes. Duncan was humble enough to accept criticism for botched plays, which kept his teammates in line. If the best power forward in NBA history can accept his slip-ups, everyone had to as well.

To demonstrate how much he trusted Popovich, Duncan was one of the first superstars who bought into the idea of load management—a common practice nowadays for the league’s brightest stars. Not only did this approach prolong his career, but it allowed him to be in his best form come playoff time.

Growing up, there was no shortage of big men whom I looked at and tried to emulate my game after. However, as I analyzed some of their playing styles more closely, I thought it would be difficult for me to replicate their games considering their innate physical gifts. I do not think I could wreak havoc inside the paint like Shaquille O’ Neal in his prime or have the offensive and defensive versatility of Kevin Garnett.

I was always more drawn to Duncan because of how simple he made the game. His movements were always purposeful and well-calculated, and he always got the job done. The main difference between my game and Duncan’s is probably just my greater preference to shoot 3-pointers. However, I always admired his consistency and how he could make an impact on both ends of the court.

Tim Duncan has been enshrined in the Naismith Basketball Hall of Fame alongside his generational rivals, Kobe Bryant and Kevin Garnett, with a basketball resume dreamt by many and achieved by few. There is no exact blueprint on how to be great, but if there is one thing we can learn from Duncan, it is to proceed every day with consistency and effort, along with the desire to be the best versions of ourselves.