The four-time All-Star has struggled with New York to start the season. 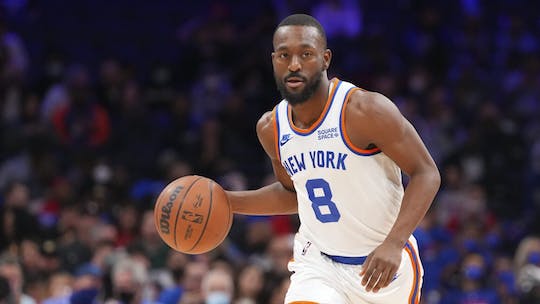 Thibodeau said the move was, “a tough decision to make. But you always have to do what you think is best for the team.”

Tom Thibodeau says, at the moment, PG Kemba Walker is not part of the NYK rotation. Says he views Walker as a starter & doesn’t see good fit for Walker off bench. “I have great respect for who Kemba is as a person… & all he's accomplished in this league." pic.twitter.com/O4X3CItepg

Walker started 18 of the first 19 games of the season for New York before he was out due to rest for the team’s matchup against the Atlanta Hawks on Saturday. In the win, Burks scored a season-high 23 points with seven rebounds, three assists and two steals.

New York (11-9) is currently the 7th seed in the East standings.

The standout guards for Memphis and Toronto claim the honors for Week 13.