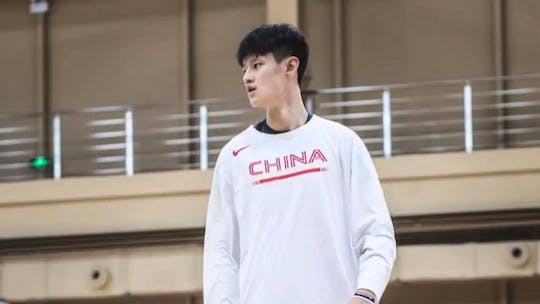 A native of Harbin, China, Fanbo was among ESPN’s top-ranked forwards in the class of 2022. He spent two years at Windermere Prep in Florida before returning to China in March 2020 due to the COVID-19 pandemic.  As a sophomore in 2019-20, Fanbo averaged 15.5 points, 7.2 rebounds, 2.6 blocks and 2.1 assists to earn Class 3A First Team All-State and Orlando Sentinel All-Area First Team honors.