Confused with all the trade deadline terms? This handy guide from NBA.com Philippines writer Miguel Flores provides the ins-and-outs. Consuming NBA trade deadline content is a lot like doing taxes -- there's a lot of talk about assets, salary, and types of taxes. Adrian Wojnarowski's Twitter timeline reads very much like Bureau of Internal Revenue guidelines at this time of year.

When you get over all the seemingly complex and hyphenated extensions, understanding a deadline deal – or any deal – gets much easier.

The following is a survival kit to understand why certain deals end up shaking out the way they do. This isn't a red pill article that will automatically make you see the intricacies of every deal, but it should help you at least better explain to a friend why a deal happened.

One constant in all NBA player transactions that you have to remember is the league’s salary cap. Unlike other North American sports leagues that have their teams operate with a hard cap which they cannot in any way go over, the NBA has a soft cap. Think of it as your parents giving you an allowance for the week or month, but still allowing you to ask for money if you do extra chores around the house.

Teams are allowed to spend over the soft cap through numerous exceptions but they'll have to pay a luxury tax. The tax rate gets higher as teams dip further into the tax void. This is why the Golden State Warriors can have Stephen Curry and Klay Thompson signed to max deals and still sign enough players to fill their roster. They'll just have to do a lot more chores than the other teams.

Perhaps the most important exception is a player's Bird Rights, named after Boston Celtics legend Larry Bird. There are three different types of Bird Rights. In essence, this rule allows teams to re-sign their own players without it affecting their cap. This was one major reason the Los Angeles Lakers traded for Anthony Davis in 2019 as players keep their Bird Rights if they are traded. If a player leaves a team through free agency or is waived, his Bird Rights get reset and the team signing him would need to clear up cap space.

Speaking of pending free agents, one of the more flexible terms you’ll see thrown around during trade season is assets. We’d like to think that all players can be assets in their own way, but there are other players worth a bit more because of their expiring contracts. Regardless of a player’s production, an expiring contract represents future cap room – freedom for NBA teams either from a higher tax bill or to spend in free agency.

For example, Milwaukee recently acquired PJ Tucker and Rodions Kurucs in exchange for DJ Wilson, DJ Augustin, and a first round pick in 2023 (more on draft picks later). The linchpin of this deal is Tucker. Not only does he provide defensive versatility and shooting for a Bucks team looking for a deep playoff run, he will also become an unrestricted free agent in the offseason. This gives the Bucks some room to operate with player acquisitions.

Free agents and cap room are great for NBA teams, but the true precious gems of any NBA transaction are draft picks. There's a scene in Wolf of Wall Street where Matthew McConaughey's character explains to Leonardo DiCaprio’s character exactly how stocks work. “Fugeyzi, Fugazi, it's a wazoo, it's woozy,” McConaughey tells DiCaprio explaining that stocks aren't real.

You can say the same thing about draft picks. Their value is purely speculative until eligible players declare for the NBA Draft and the conclusion of the Draft Lottery. Before then, draft picks -- more specifically first round picks -- could be any player. Not literally any player. There is value in looking up the upcoming draft class and the record of the team trading the pick. But that type of research could prove futile.

In 2019, you can say the Lakers only gathered a sweet enough stock of assets to trade for Anthony Davis when they won the fourth pick in that year’s Draft Lottery when they were projected to get the 10th pick.

In 1981, the Indiana Pacers traded the 1984 first round pick to the Portland Trail Blazers in exchange for 31-year old center Tom Owens. The pick eventually landed at number two in a draft where Michael Jordan went number three. From the Indiana Pacers not having the foresight to keep their pick to the Blazers' eventual blunder of passing on Jordan, this sums up why a pick’s value can vary from organization to organization. It takes a smart front office to project and protect their picks so they don't wind up potentially missing out on franchise-shifting stars.

Teams have found creative ways to add protections to their pick. They've gotten so creative that there really isn’t a concrete rule book as to how creative a team can be in adding protections. The most common protections you'll see depend on where the pick lands in a draft order. Other than that, the only other rule the NBA has is a traded pick has to convey within seven years.

In this year's deadline, half of the teams cannot trade their first round pick in the upcoming draft due to the Stepien rule, which prevents teams from trading picks on consecutive drafts. Also, most first round picks for the next few years belong to the Oklahoma City Thunder and Houston Rockets -- two teams with grim postseason outlooks and are looking to get better through the Draft.

Add the newly implemented playoff tournament for the last two seeds and this deadline figures to be interesting since there are virtually 12 postseason slots for each conference. Will teams be more reluctant to make deals that will hamper a potential playoff push?

The last important wrinkle in any trade deadline is the buyout market. Compared to reading about trades and pick protections, buyouts are straightforward.

In Blake Griffin’s case, he and the Detroit Pistons mutually agreed to part ways. Detroit paid a portion of Griffin's remaining salary. Griffin became a free agent, free to sign with any other team after clearing waivers -- a 48-hour period after his buyout that gives all teams a fair shot at negotiating with him. He eventually signed a veteran’s minimum deal with the Brooklyn Nets. The value of minimum contracts in the NBA depend solely on how long the player has been in the league. 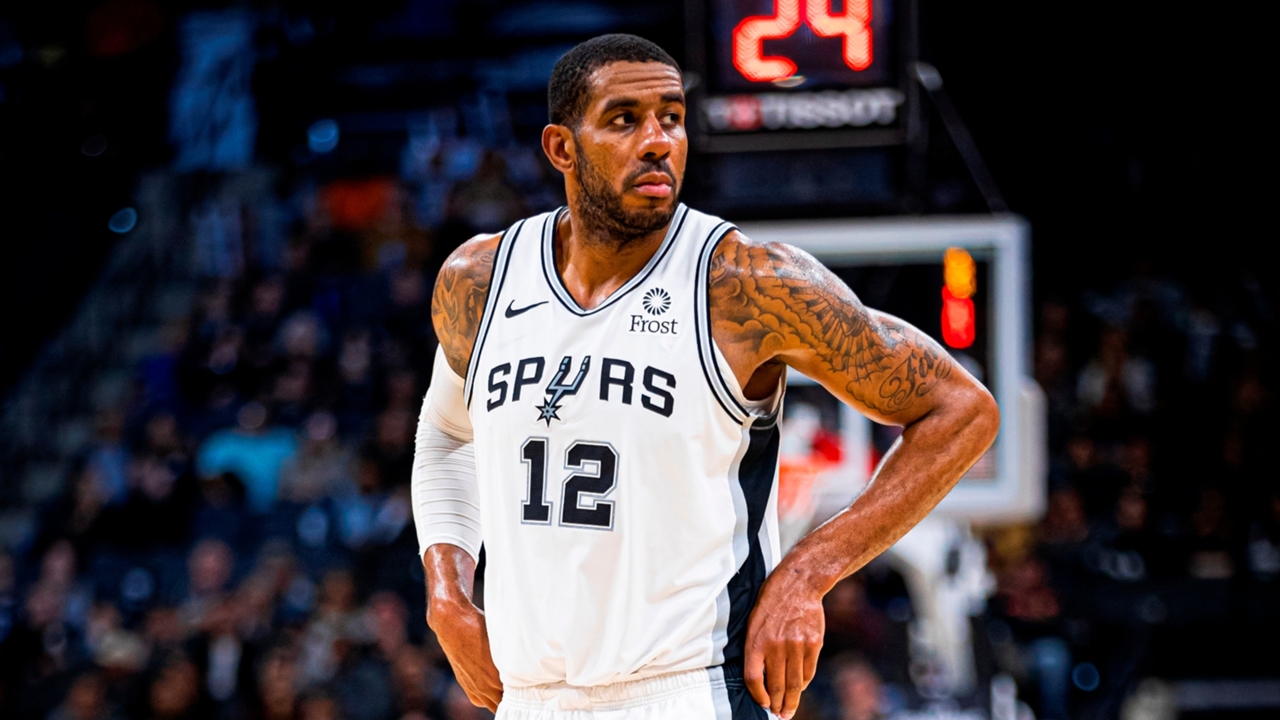 We are still looking at more buyouts to come. LaMarcus Aldridge of the San Antonio Spurs and Andre Drummond of the Cleveland Cavaliers have both been sitting out games after reaching agreements with their respective teams. They will be moved for sure. If their teams don't find a trade, they will be bought out and will be free to sign anywhere, just like Griffin.

Most contenders find key pieces in the buyout market, since players who are bought out are often still serviceable, but have contracts too rich for teams to fit via trade. Last year, the Lakers acquired Markieff Morris off a buyout and wound up needing him for important stretches in the playoffs. Perhaps the most notable buyout acquisition is the Spurs’ signing of Boris Diaw in 2012. Diaw was bought out by a Charlotte Bobcats team looking to get younger. He turned into a key piece in the Spurs' 2013 Finals appearance and 2014 championship run.

How to survive the deadline

TV partners treat the trade deadline like election day with round-the-clock coverage and analysts ready to immediately break down any move that happens.

Unfortunately for us Filipinos, the deadline starts getting juicy right around our bedtimes. The trade deadline is set at 3:00 AM on Friday. It'll be a rough day at work for most of us if we stay up for every Woj or Shams tweet.

The best way to still get a good night's sleep and quickly catch up on all deals that happen is through Twitter.  Simply turn on your push notifications for Twitter on your phone’s settings and follow your favorite NBA-related accounts to get all the latest news. That way, you'll have a curated list of deadline deals right on your notifications. This should work for anyone who doesn't have the time to stay up until 3:00 AM.

The trade deadline is one of the most fun days on the NBA calendar since it could represent a turn of fortune that sends a team to a championship. If none of the deals end up making an impact, we still get cool photos of players in new jerseys.