Dewayne Hankins&nbsp;will take over as the organization’s new President of Business Operations. 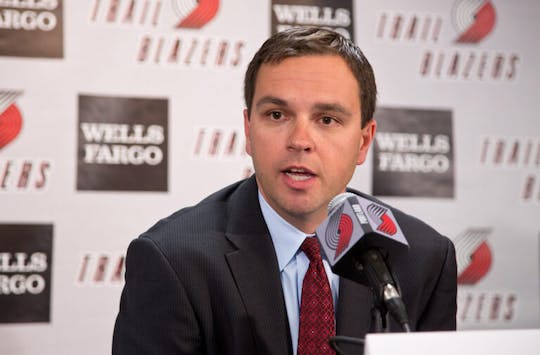 PORTLAND, Ore. (AP) — Trail Blazers President and Chief Executive Officer Chris McGowan has decided to step down after nine years in the position.

Chief Commercial Officer and Executive Vice President Dewayne Hankins will take over as the team’s new president of business operations.

McGowan’s resignation is effective on Nov. 26. He released a statement thanking the Blazers organization and its fans.

“It has been a pleasure serving our passionate fans and team partners, and I wish nothing but continued success to everyone in Rip City,” he said.

McGowan’s resignation comes amid an outside investigation into workplace concerns surrounding the organization.

Both The Athletic and Yahoo Sports have reported the probe stemmed from allegations of workplace misconduct involving Neil Olshey, the team’s president of basketball operations and general manager for the organization.

The Blazers confirmed the investigation in a statement Saturday. It did not name Olshey.

“The Portland Trail Blazers organization was recently notified of concerns around workplace environment by non-player personnel at the practice facility. In response, we immediately engaged O’Melveny & Myers, an outside firm with significant expertise in this area, to conduct a full, fair and independent review into these concerns and will take appropriate action based on its outcome,” the statement said.

Olshey has been general manager of the Blazers since 2012.