All-Star Analyst Camille Clarin puts the spotlight on former WNBA players who are finding their mark in the NBA. It's time for you to learn more about the women behind those headlines.

You know, the headlines that go like "the first woman to..." or "only female in...". Oftentimes, social media spews out these titles as diversity plays, when the women behind these headlines are much more impactful than they receive credit for.

So today I'll give them their flowers and show you what they're all about. Here are four trailblazing women taking on powerful roles in the NBA.

The first female full-time assistant coach in NBA history and the first woman to act as head coach during an NBA regular-season game, Becky Hammon entered the NBA in 2014 under the San Antonio Spurs. The following year, she became the team’s Summer League head coach where they went on to win the championship.

Hammon was a 3x All-American for the Colorado State Rams, helping them advance to the NCAA Sweet Sixteen. After a stellar collegiate stretch, Hammon joined the WNBA as a member of the New York Liberty in 1999. “Big Shot Becky,” a nickname she earned after her canny ability to hit shots in the clutch, went on to become a 6x WNBA All-Star and 2x All-WNBA First Team member. The elite point guard retired after 16 years in the league, but her comprehensive knowledge of the game made her a target for the legendary Popovich’s coaching staff. In 2014, she broke the gender barrier by becoming the first woman to hold a full-time coaching position in the NBA.

Hammon said it perfectly in an ESPN article: “Basketball is a genderless sport. The ball has no difference whether a man’s holding it or a woman’s holding it.” Her constant determination and prowess in a male-dominated environment are what kickstarted the NBA’s efforts towards widening the talent pool. 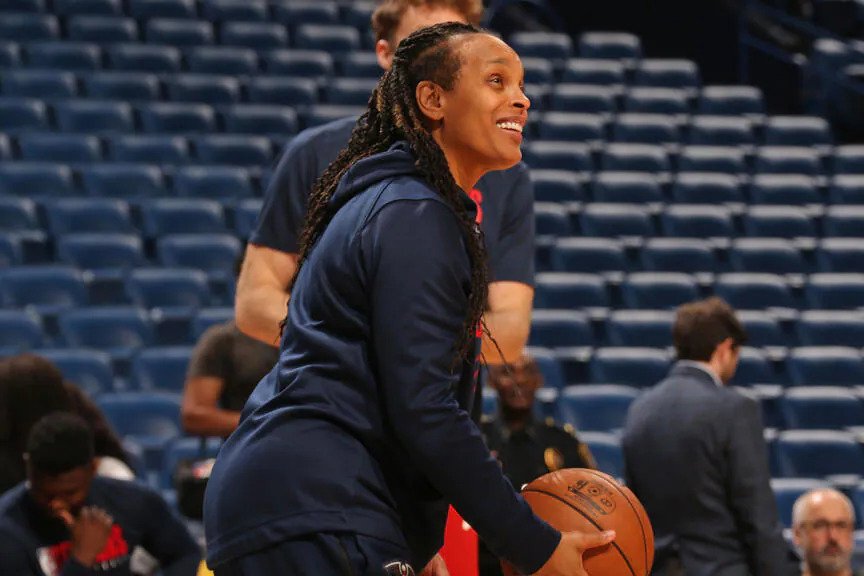 You may have seen an interview pop up a few months back with Weatherspoon sharing an inspirational message, bursting with energy. Her intensity and insights are of no surprise if you know her history.

Before her decorated WNBA career, Weatherspoon was already a superstar in college where she led Louisiana Tech to one of its two NCAA national titles. She went on to play overseas for almost a decade before returning to the US to participate in the WNBA’s inaugural season in the summer of 1997.

She earned the league’s first Defensive Player of the Year Award in 1997 and won it again the following year. Weatherspoon is credited for being the player the WNBA needed in its early years. She wore her heart on her sleeve, electrified the crowds, and became a fan favorite in New York. She ended her WNBA career as a 5x WNBA All-Star (1999-2003) and 2x WNBA Steals Champion (1997,1998), with four Finals appearances.

From 2009 to 2014, she was the head coach at her alma mater Louisiana Tech. She became a two-way player development coach for the New Orleans Pelicans in September 2019. Weatherspoon went on to be promoted to full-time assistant coach for the Pelicans and the players have had nothing but praises for her impact on them and the team.

Teresa Weatherspoon is the epitome of a leader with a competitive edge. She is a natural motivator who exudes greatness, and the NBA is better with her in it. 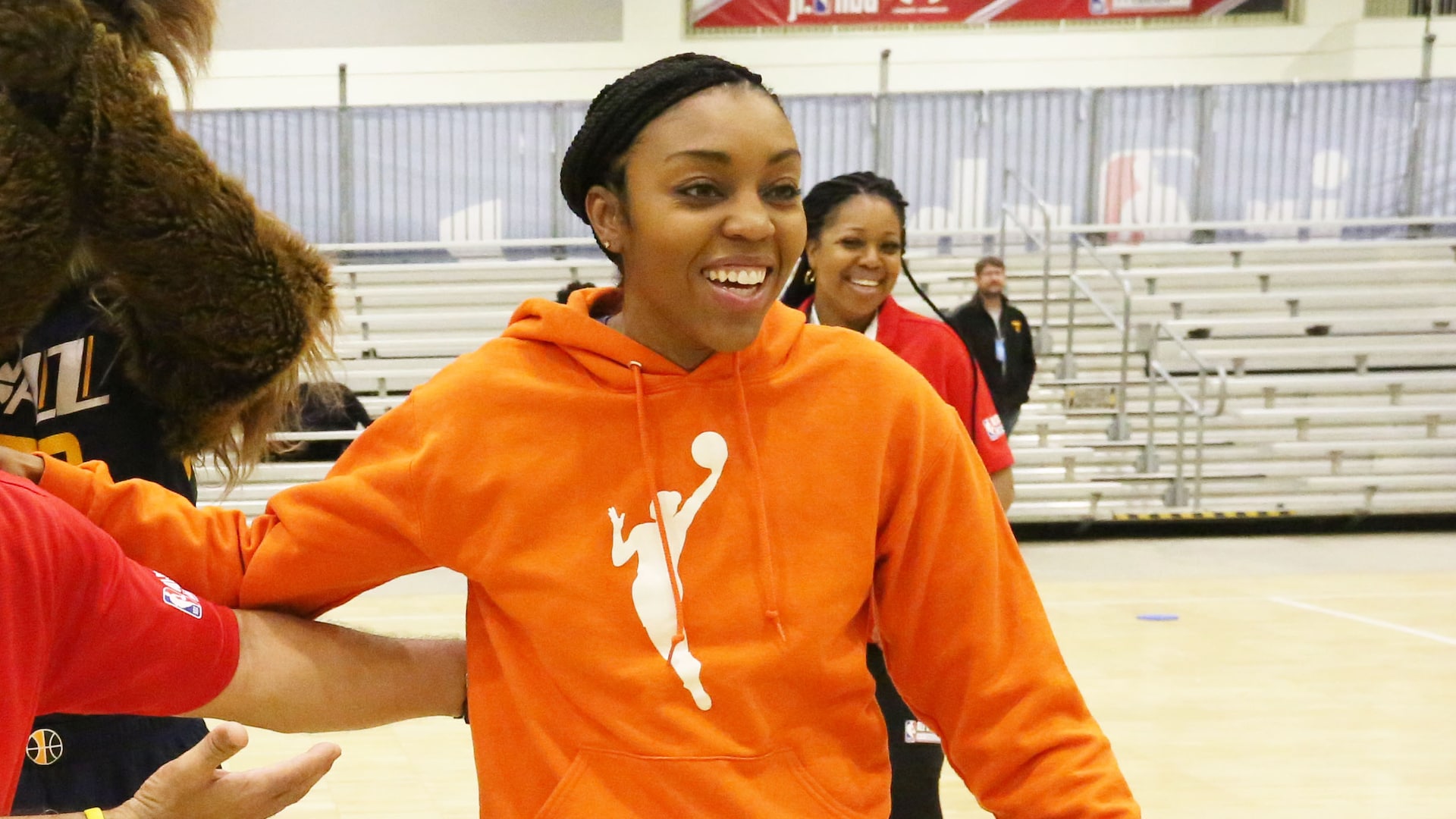 Renee Montgomery left a lasting impression on the court and now she’s thriving off it as the first retired player to be both an owner and executive of a WNBA team.

Montgomery was a top-five draft pick in 2009 and won two WNBA championships during her career (2015 and 2017). She opted out of her last season to become a social justice warrior, but let’s not forget she was deadly beyond the arc, holding the Dream’s franchise record for most 3-pointers made in a season.

When she retired, Montgomery wasted no time making an impact on the social justice front as well as in the WNBA. Unsurprisingly, she also expanded her talents into the NBA scene. The former Atlanta Dream guard joined “Hawks LIVE” as a pre- and post-game studio analyst. She previously was an analyst as well for the Hawks G League affiliate, the College Park Skyhawks.

We’re seeing that the NBA is employing more and more women as analysts, hosts, and sideline reporters, which further proves that these ladies understand the game on a deeper level and their basketball experience provides a fresh perspective to the modern-day game. 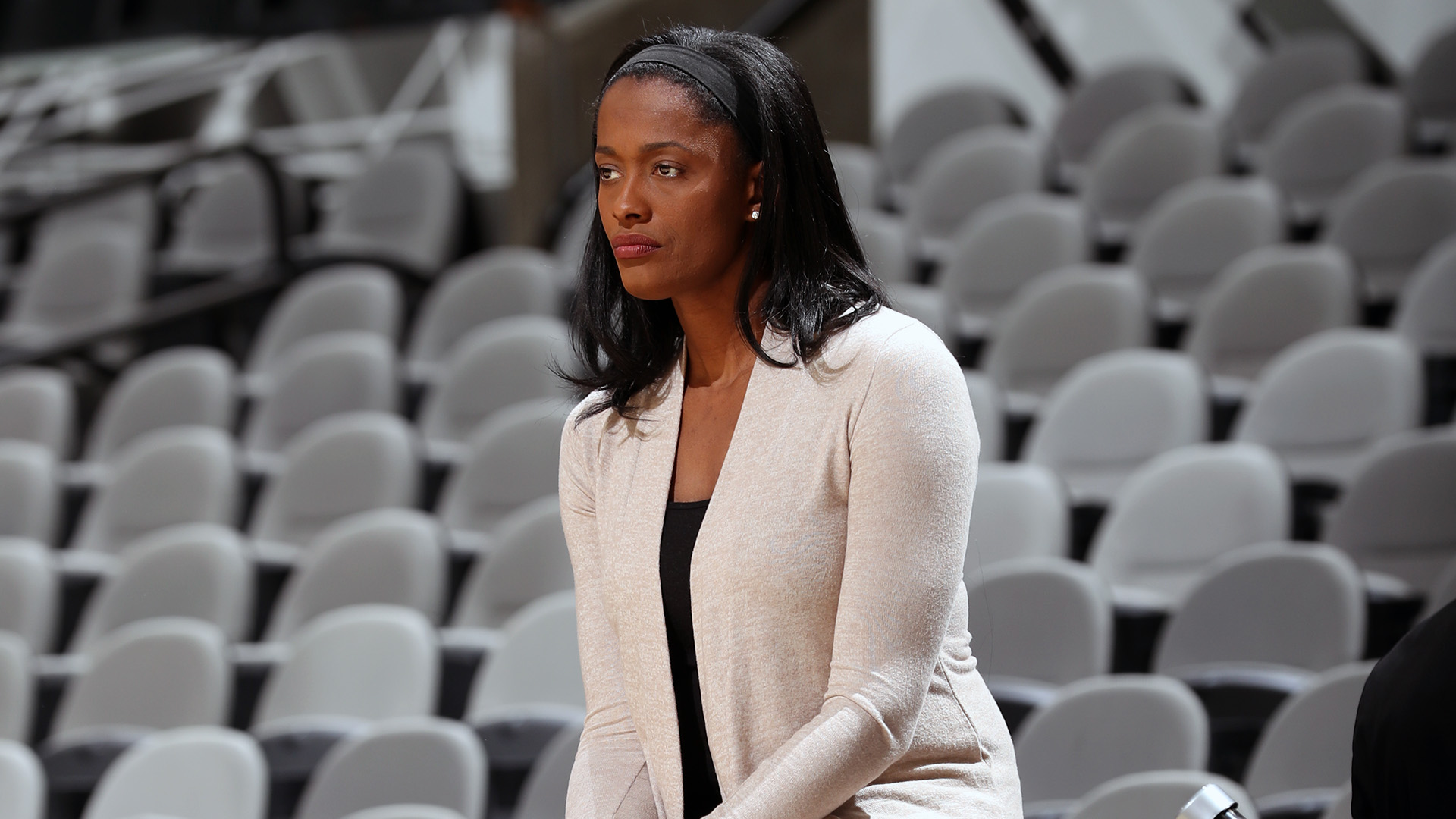 Two-time NCAA Champion, 3x WNBA Champion, 2x Olympic gold medalist. During her playing days, Swin Cash got buckets, grabbed boards, handled the ball well, and was even a good defender - there was nothing she couldn’t do.

In only her second year in the WNBA, she led the Detroit Shock to their first WNBA championship and starred in four All-Star games. During the offseason, she appeared as a studio analyst on ESPN and even appeared in the movie Bring It On: All or Nothing.

After 15 outstanding seasons in the WNBA, she joined the New York Liberty in 2017 as the director of franchise development. Since 2019, Cash has been the Vice President of Basketball Operations and Team Development for the New Orleans Pelicans.

Cash is living proof that these women are much more than athletes. They are talented, intelligent individuals who are not defined by the sport they play. While staying true to their passions, they are forced to continuously fight for a more fair power structure within the basketball world, and they do so gracefully.

Today, the NBA has seven active female assistant coaches. The league that is constantly praised for its diversity efforts must continue to make a conscious effort in hiring more women. Specifically, hiring more women to positions of power. Giving women positions of authority adds a perspective and expertise that will be advantageous to these NBA teams in today’s environment.

For these women, it’s an opportunity to continue their passion for the game and prove that their capabilities go beyond gender. The dynamics remain complicated, especially when we see teams expanding hiring practices strictly as a positive PR strategy, but the NBA doors are still wider than ever.

The hope is that one day these women solely make the news for being hired for their qualifications and not because they’re the first female to hold the position. The goal is to allow coaches or executives, regardless of gender, to move fluidly between holding positions in the WNBA and NBA. If this happens, then it means we are finally moving closer to a world where basketball is genderless and opportunities are given equally.

Jordan Poole hit the game-winner in a wild one against the Grizzlies. Anthony Davis dropped 21 points in his return against the Spurs.