Vanderbilt’s Scotty Pippen Jr. declares for Draft with no agent

The son of six-time NBA champ and one of the league’s 50 greatest players Scottie Pippen, he will test the waters this summer. 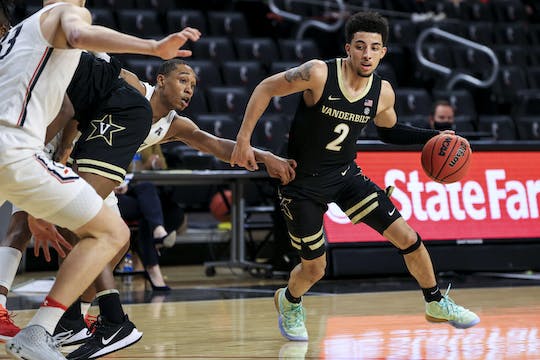 Scotty Pippen Jr. averaged 20.8 points and with 4.8 assists a game this season for Vanderbilt.
NASHVILLE, Tenn. (AP) — Vanderbilt guard Scotty Pippen Jr. has declared for the NBA draft without signing with an agent to keep his options open.

Pippen announced his intentions Saturday with a social media post. He said he was blessed to come to Vanderbilt.

“We all have dreams and I am ready to pursue mine,” Pippen said.

The son of six-time NBA champ and one of the league’s 50 greatest players Scottie Pippen, he ranked second in the Southeastern Conference both in scoring at 20.8 points and with 4.8 assists a game. He ranked 16th nationally in scoring per game.

Coach Jerry Stackhouse said Pippen earned the right to check out his draft status and has Vanderbilt’s full support.

“He has shown tremendous growth in his time here at Vanderbilt, and his record-setting sophomore season was just a peek at his potential,” Stackhouse said in a statement. “We want Scotty to make the best decision for him and his family and we will help any way we can while he explores his options.”
Read Next
News