Need help for your fantasy team? Here are some options you can target for Week 11. 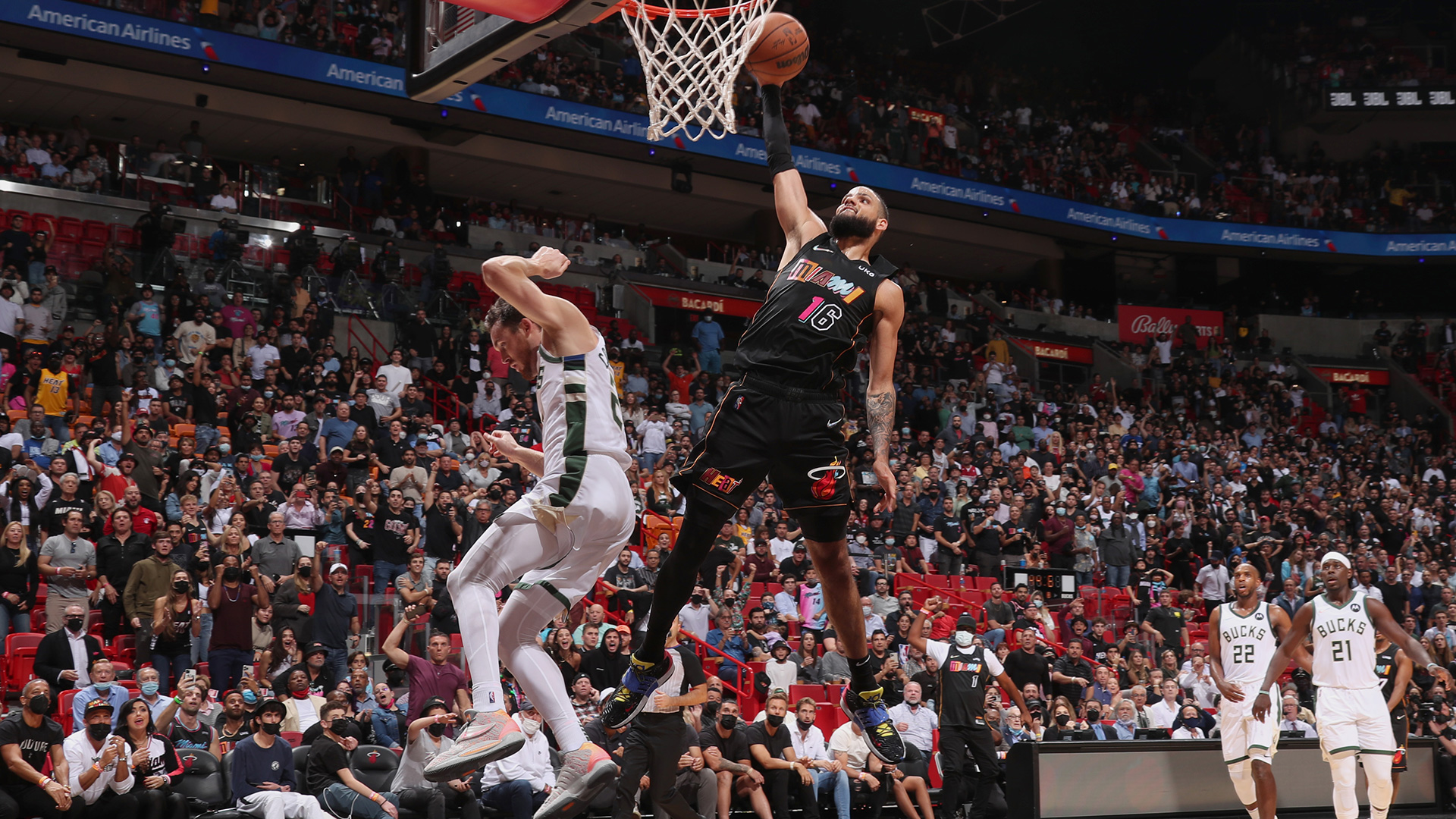 Each week, we take a look at players fantasy owners should consider picking up. Whether you’re at the top of your league standings or lingering at the bottom, you can find plenty of help if you target the right players available on the waiver wire.

This rookie is improving his numbers game per game. As Jeremiah Robinson-Earl’s time on the floor increases, so does his scoring. Sure, he’s not averaging groundbreaking numbers, but a lot of things are on his side. First of all, he’s healthy. Second, the Thunder have three more games before the end of the week. With the way that he’s playing, there’s little doubt that he will stick in OKC’s rotation.

Caleb Martin announced his release from the league’s health and safety protocols in the most millennial way, he sent a two-word tweet: I’m Free.

His return came just in time as the Heat have six players in protocols, including Bam Adebayo and Kyle Lowry, among others. To make things even better, Martin delivered as soon as he returned, dropping 17 points off the bench against the Orlando Magic. It was a good shooting night for him as he went 7-of-11 from the field, with a plus-minus of +12.

Several teams have been playing handicapped leading to a bump in the minutes of their benches. Luckily for the Pistons, Frank Jackson and Luka Garza also bumped up their performance as 11 players went into the league’s health and safety protocols. Even if their numbers didn’t result in a win, their numbers make a good filler for depleted fantasy teams.

Jackson started playing 36.5 minutes in the last two games and saw an increase in his scoring with 18 points. He’s also 6-of-15 from the 3-point line. Meanwhile, Garza’s playing time doubled as he was on the floor for 20 minutes against the San Antonio Spurs, ending with 20 points, six rebounds, and two assists.

A month ago, head coach Tom Thibodeau announced that Kemba Walker would be out of the Knicks’ rotation. But because of health protocols, New York was forced to utilize Walker. The Bronx-native proved that the Knicks need him. After missing 10 straight games, his last three games have been magnificent, averaging 31.3 points, 7.7 rebounds, 5.3 assists, including a 44-point game.

On Christmas, Walker scored a historic triple-double with 10 points, 10 rebounds, and 12 assists, becoming the first Knick to do the feat on Christmas Day.