Some names that are worth the look if you’re in need of quick-fix options. 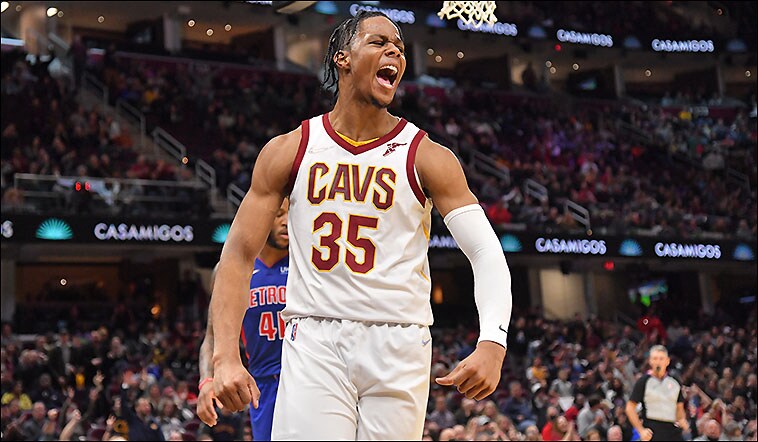 Fantasy leagues are being shaken up right now with a significant number of second- to third-rounders either falling to injuries or entering health and safety protocols. It’s step-up season. It’s time to scour the waiver wire for gems.

If you want to go deep (or are always late to the waiver pick-up party), here are some names that might still be available and worth a look:

The Detroit Pistons aren’t winning a lot of games and just took another hit with the injury to Jerami Grant. This type of equation will only give more opportunities to players like Hamidou Diallo.

Diallo has been putting up decent numbers from the Detroit Pistons bench. In his last three games, he averaged 11.3 points, 4.0 rebounds and 0.6 blocks per game. He won’t hurt you in the percentage department and in turnovers, making Diallo an automatic pick-up if your fantasy team is in desperate need of a warm body.

Diallo won’t be the type to shock and awe with crazy statlines, but he could be a reliable, low-end source for points, rebounds, and the occasional block. If he gets more minutes as the Pistons spiral downward, it’ll only be good for his fantasy value.

The Cleveland Cavaliers are legit. The consistent numbers of Jarrett Allen, Evan Mobley, and Darius Garland have brought them to that level, but Isaac Okoro could be the guy who would keep them there.

Okoro’s play has been flip-floppy to start the season, only averaging eight points in 28 minutes of play. He might be on the way to figuring things out. Okoro, who’s locked in the starting two-guard spot for the hot Cavs, scored 20 points on four 3s, grabbed four rebounds, and notched two steals against the Sacramento Kings. In the game before that, Okoro scored 16 points, grabbed three rebounds, and a block.

The Cavs are looking to be making a run for it and, outside of their current Big 3, will heavily rely on Okoro to produce. He’s the guy filling in the void left by Collin Sexton, after all.

It’s been rough so far for the Portland Trail Blazers. They’re dealing with injuries and a not-in-sync Dame Time.

One thing working for them is the return of Anfernee Simons, who missed a couple of games due to a hurt ankle. In his first game back, Simons scored 26 points on 6-of-12 from 3. He added three assists and committed only one turnover in the loss.

Simons was on the floor for 33 minutes and carried the scoring load for the Blazers despite sharing the backcourt with Damian Lillard. If he keeps this up, there’s only upside.

CJ McCollum might be a long way away from a comeback, making Simons a guaranteed offensive weapon for the Blazers. Even Anthony Edwards was impressed with Simons’ game. Just don’t call him “Ant.”

Don’t let the stats throw you off, Charles Bassey is a legit big man if given burn. He’s not getting much floor time, but when he did get 22 minutes against the Memphis Grizzlies, he produced.

Bassey scored 13 points on 6-of-10 shooting, grabbed 10 rebounds, and swatted 4 shots. The game was out of reach for the Philadelphia 76ers, but Bassey showed his talent in the middle.

If Joel Embiid continues to miss games here and there, Bassey might have a case to replace Andre Drummond as Embiid’s backup. Despite the very, very small sample size for now, it won’t hurt to put Bassey in your waiver radar.

Devin Booker is still out for the Phoenix Suns, but someone from the bench is continuing the legendary track.

His name is Cameron Johnson and he’s found the stroke since Book went down with a hamstring injury. Johnson has scored 12 points or more in the past five games, including a high of 19 against the Detroit Pistons.

Johnson is looking like a lite version of Mikal Bridges. If your team is in need of 3s and steals, then Johnson is definitely your guy. The best thing about this pick-up is that even if Book returns, Johnson will still get to put up shots in his bench role.