Check out this list of players to snatch from the waiver wire to boost your fantasy lineups. 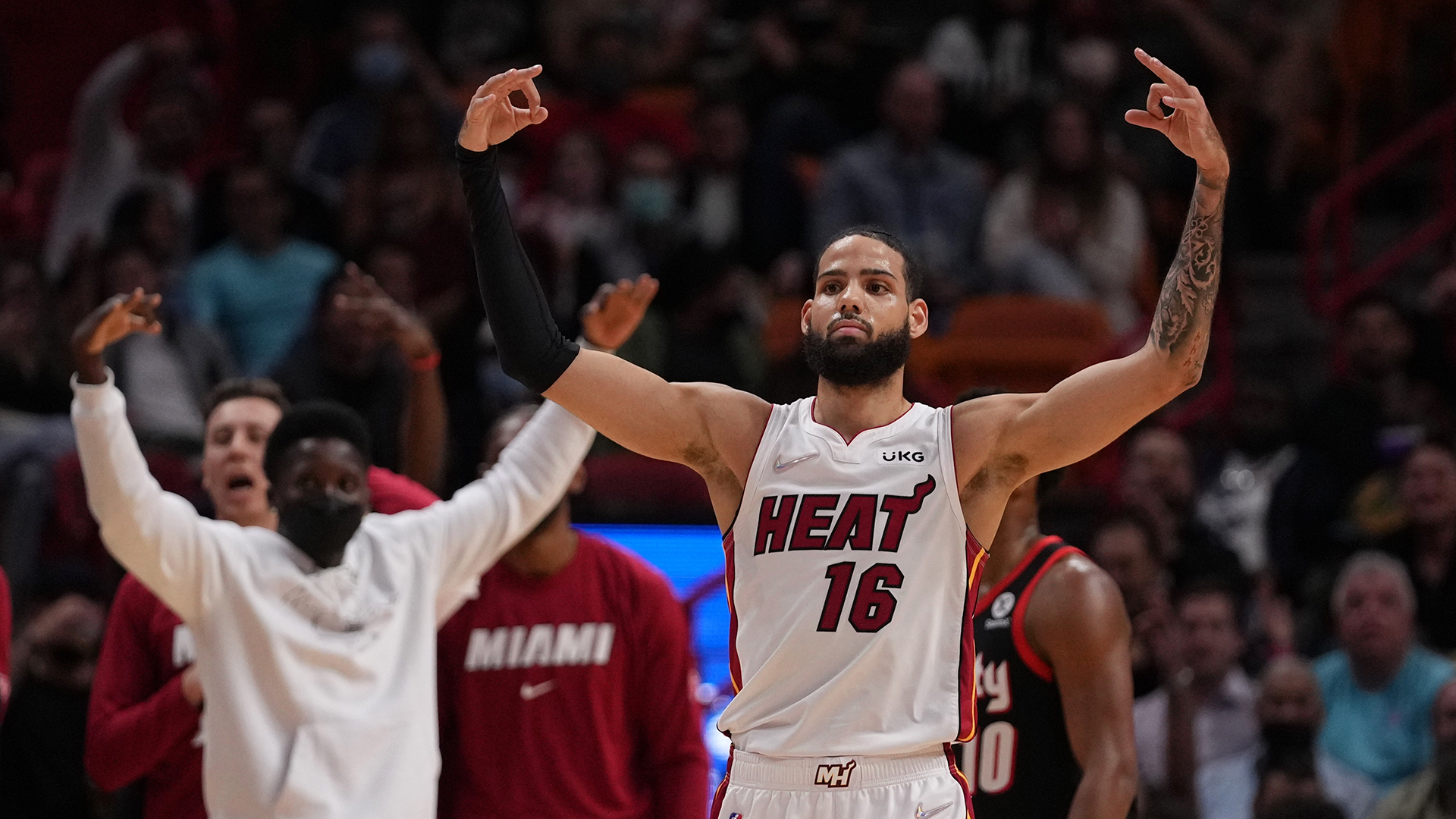 Caleb Martin has shown to be a solid bench option for the Miami Heat (often starting) and is capable of filling in for multiple players if needed. The Heat haven’t had a consistent lineup all season due to protocols, injuries, and recently, ejections. Martin has shown he’s not afraid to turn it up as he’s shooting an impressive 51.9 percent from the field and averaging 13.4 points and 5.3 rebounds in their last 10 games.

Day’Ron Sharpe is a sleeper and can really boost your team's field goal percentage and rebounds if you're in need of a big. He’s a product of playing with one of the best playmakers in the game in James Harden, catching easy alley-oops for an automatic dunk at least two to three times a game. He may not shoot many free throws but has proven to make them pretty consistently. His athleticism also allows him to pick up close to one block per game. While Nicholas Claxton is out and LaMarcus Aldridge is in and out of the lineup, Sharpe can be a solid option, especially in deeper leagues.

Coby White is starting to find his rhythm as of late, picking up the slack for the injured Lonzo Ball and Zach LaVine. He’s been one of the most consistent Bulls this month, averaging 15.1 points, 3.6 rebounds, and 3.0 assists in the last 10 games. With Caruso being back on the injured list due to his recent wrist injury, expect White to have plenty of opportunities to continue his hot streak.

Kevin Huerter is finding his touch from the outside after struggling in the first half of the season. He’s been hitting big shots down the stretch in close games and is getting plenty of playing time. He’s been in double-figure scoring in five of the last six games. He doesn’t offer much defensively, but he has shown that he can also be a playmaker, dishing out decent assist numbers of almost three a game. As an added bonus, he shoots free throws well and doesn’t turn the ball over. Keep an eye out for Huerter, he might just be what you are missing to win your matchup this week.

Jones is a defensive stud and he’s only a rookie! He’s been showing his grit and taking on the challenge of stopping primary ball handlers. His length and quickness remind me of a player similar to Mikal Bridges. He’s not as sharp offensively, but he consistently makes his free throws. It’s his defense that will win fantasy managers over. He can rack up steals in a hurry and get you a few blocks to go with it. When it comes to extra defensive stats, Jones just might be your guy.

This man has been on a mission lately. He’s been averaging 13.4 points at a 43.6 percent clip from the field and 40.0 percent from long distance in the last 10 games. Justin is playing with a lot of confidence and it shows. In fantasy, sometimes, you have to get ‘em while they're hot!

CJ McCollum will lead the shorthanded Pelicans tomorrow against the Heat.