Waiver Watcher: Players worth considering for your fantasy roster

All-Star Analyst Chris Newsome lists down some fantasy players to consider picking up from the waiver wire after a week of NBA action. 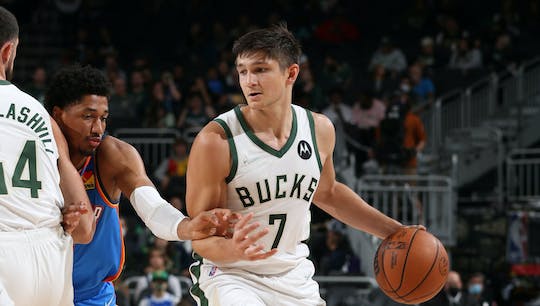 It’s that time of the year again when you have just started your NBA Fantasy leagues, and a week into the season, you are trying to see if you made the right picks. For some, there are clear indicators that you need to go searching for an upgrade. That’s all part of the fun of fantasy basketball. I’ve been watching the games and saw a lot of bright spots out there.

These are my fantasy players to look out for through the first few games of the season. Perhaps you may consider giving these guys a look if they are still available.

While the Milwaukee Bucks had a relatively silent offseason after winning the championship, this sleeper is someone you might want to pick up the way the Bucks did. Grayson Allen is a legitimate 3-point threat, plus he’s capable of creating for others. He’s also seeing added minutes as the Milwaukee guards are still struggling to stay healthy. The additional time on the floor has opened up potential for this sharpshooter to shine.

With a team of explosive guards, you tend to get overshadowed. Second-year Memphis Grizzlies player Desmond Bane is a threat from beyond the arc but also has the ability to finish at the rim. He definitely has an impressive motor and looks in shape, which are nice to see for defensive stats as well. Keep an eye on Bane throughout the season. Guess who leads the league in steals per game? That’s right, Alex Caruso has been racking up the steals and packaging it with some really nice dimes to go with it. He may not be a big scorer, but you can’t just leave him open from distance especially when he gets a good look. Caruso is also solid from the freethrow line, making 88.9 percent of his shots from the stripe. If your team needs a defensive boost, Caruso may be your guy.

While the Ben Simmons saga continues, the starting point guard position for the Philadelphia 76ers is still up for grabs. Head coach Doc Rivers has been high on Tyrese Maxey and their opening match was a perfect way to start his permanent bid at the job. Let’s see if he will be consistent while he’s getting high game minutes. With Kyrie Irving still unavailable as of late, having Patty Mills on your roster is definitely not a bad option to have. He’s already proven his ability to perform at the highest level even when he was still with the San Antonio Spurs. This skillful, veteran savvy guard is ready to go and doesn’t lack the confidence one bit.

If your opponents in fantasy already picked up the above-mentioned sleepers after their breakout performances in the opening matches, then here are some lesser known but still worthy picks that could help your team out.

The Golden State Warriors seem to be a breeding ground for shooters and scorers alike. Nemanja Bjelica is no exception, as he is able to keep up with the uptempo offense of the Warriors. He’s extremely smart and does not give up on the basket in every single possession. In true Golden State fashion, he can also stretch the floor and make buckets from distance, only making his value even more appealing. The one issue with Bjelica has to be his consistency. In his last three games he struggled to make his shots, but when the shots go in? The Warriors got a good ally on their side.

This rookie has a sweet-looking jumper and is just about to get started. Franz Wagner has seen a lot of time on the floor averaging 30 minutes per game and will get a ton of clean looks at the basket. His lengthy 6’9” frame allows him to be a defensive presence both on and off the ball.

Averaging just over 25 minutes per game, Lonnie Walker has been solid for the Spurs off the bench as the team is still adjusting to the absence of DeMar Derozan. In their game against the Los Angeles Lakers, Walker knocked down 5-of-7 shots from downtown to cap off his 21-point performance.He’s already considered one of the more consistent shooting guards in the rotation, so he should have more opportunities to get solid numbers this year.