The 7-foot big man has not played since his rookie season. 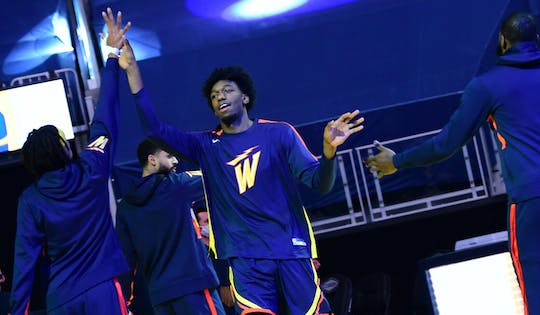 Former No. 2 overall pick James Wiseman will be sidelined for the remainder of the 2021-22 season, the Golden State Warriors announced on Friday.

Wiseman, who has been sidelined all season after undergoing surgery to repair a meniscal tear in his right knee, averaged 11.5 points and 5.8 rebounds in his rookie campaign last year.

Despite Wiseman’s absence, the Warriors entered Friday night with the third-best record in the league behind only Memphis (51-23) and Phoenix (60-14).