The 24-year-old big man suffered an ankle sprain during Tuesday's game against Boston. 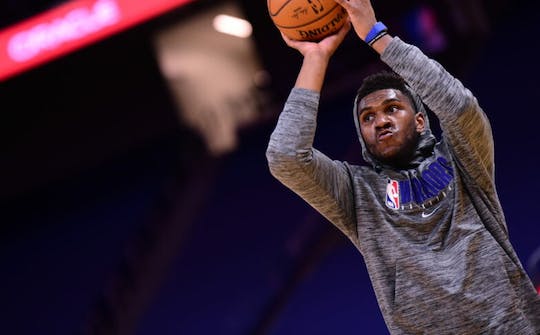 Kevon Looney has started 5 games for the Warriors this season.

Golden State Warriors center Kevon Looney will be sidelined with a left ankle sprain for at least two weeks, the team announced on Wednesday.

Kevon Looney, who suffered a left ankle sprain during last night’s game against the Boston Celtics, underwent an MRI last night. The MRI confirmed the sprain.

Kevon will be re-evaluated in two weeks. pic.twitter.com/b84npDaOhq

Looney suffered the injury during the Warriors’ loss to the Boston Celtics on Tuesday. He underwent an MRI to confirm the injury last night and will be reevaluated in two weeks.