Hall of Fame recognizes leaders in basketball for humanitarian efforts. 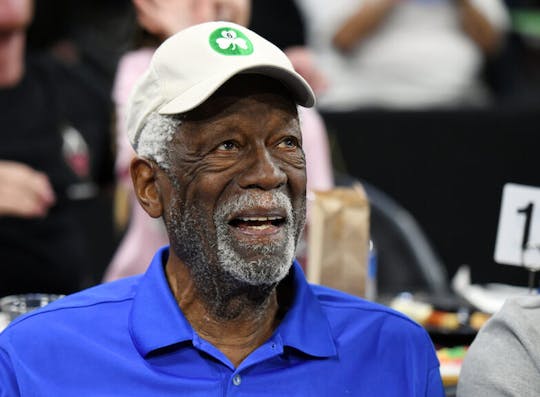 SPRINGFIELD, Mass. (March 10, 2021) – The Naismith Memorial Basketball Hall of Fame announced today the winners of the 2020 Mannie Jackson – Basketball’s Human Spirit Award. Honored for their decades-long commitment to social justice, the 2020 award recipients are Wayne Embry, George Raveling and Bill Russell. The winners will be formally recognized in May 2020 during Hall of Fame Enshrinement Weekend at Mohegan Sun.

“The Basketball Hall of Fame is proud to recognize Wayne Embry, George Raveling, and Bill Russell as the 2020 Mannie Jackson Award recipients,” said John L. Doleva, President and CEO of the Naismith Memorial Basketball Hall of Fame. “These gentlemen have long been recognized for their impact on the game as players, coaches and executives, but it is equally important for us to celebrate them for their work as social justice trailblazers who paved their own way and created countless opportunities for others.”

Established in 2007, the Mannie Jackson – Basketball’s Human Spirit Award honors individuals who have found the game of basketball to be a contributing aspect of their personal growth and accomplishment, a place to develop an understanding of others and an avenue that has helped shape his or her growth into a recognized visionary leader. Winners must reflect the values of Mannie Jackson’s life-long mission to overcome obstacles and challenge the status quo, while taking responsibility for his or her actions and seeking the highest standard of excellence.

Embry, Raveling and Russell were chosen from a large candidate pool that represents every level of basketball and is reviewed annually by the Naismith Memorial Basketball Hall of Fame and Mr. Jackson. The winner recognition process was paused in 2020 due to the global pandemic and two sets of winners are expected to be recognized in the 2021 calendar year.

“A Hall of Fame should recognize great athletes, but also the great people who are in athletics and are doing extraordinary things for the world around them,” said Mannie Jackson, the Award’s namesake. “The men we are honoring today have been faced with tremendous adversity in their lives, challenging status quos and striving for equality and opportunities for all. Basketball players, coaches and fans are all indebted to these men for the work they’ve done to make basketball the unifying game it is today.”

In 2012, Jackson penned his bestselling autobiography, “Boxcar To Boardrooms” and continues to donate generously to numerous causes including the University of Illinois, South African youth funds, cancer research and the Basketball Hall of Fame. He is also active in promoting the mission of the Mannie Jackson Center for the Humanities located in his hometown Edwardsville, Illinois, while serving as the Center’s lead investor. He was enshrined in the Basketball Hall of Fame in 2017.

Wayne Embry – Wayne Embry is a revolutionary sports executive, as the first Black General Manager in the NBA with the Milwaukee Bucks in 1972 and the first Black President of any professional sports team. He has been a prominent community activist and mentor in each city where he has lived and worked, while also serving as a board member and leader to numerous non-profits, including the Naismith Memorial Basketball Hall of Fame, Miami University and USA Basketball. Embry has been honored with Miami University’s Distinguished Achievement Medal (2001), the Ohio Heritage Award for his contributions to the state (2013) and the Toronto Raptors’ Wayne Embry Fellowship Program. Embry has been inducted into the Naismith Memorial Basketball Hall of Fame (1999), the Ohio College Basketball Hall of Fame (2006) and the Cleveland Sports Hall of Fame (2013).

George Raveling – George Raveling is a civil rights pioneer dating back to the day he stood on the steps next to Dr. Martin Luther King Jr. during his famous “I Have a Dream” speech. Raveling was the first Black coach hired by the Atlantic Coast Conference and the first Black head coach in the Pac 12. He is a vocal advocate for the Black Coaches Association and a tremendous mentor to many administrators, coaches and players. For more than 20 years, he has served as Nike’s Global Ambassador for the game, while also serving on the boards of USA Basketball, the NABC, the NCAA and the Basketball Hall of Fame’s Board of Governors. Raveling has been inducted into the College Basketball Hall of Fame (2013) and the Naismith Memorial Basketball Hall of Fame (2015), as well as the Washington State, Commonwealth of Pennsylvania, Villanova and Black Coaches Association Halls of Fame.

Bill Russell – Bill Russell led the Boston Celtics to 11 NBA championships, and while his athletic achievements are astonishing, he has also been a prominent civil rights activist for more than half a century. As both a player and coach, he experienced countless racial injustices including segregation and mistreatment rooted in bigotry. He has always been vocal about his experiences and in 1963 he participated in the March on Washington. In 1966, he became the first Black head coach in major professional sports and in 1968 he became the first Black head coach to win an NBA championship. Russell is a recipient of the NBA’s National Civil Rights Museum Sports Legacy Award (2006) and the ESPY’s Arthur Ashe Courage Award (2019). Russell has been inducted into the College Basketball Hall of Fame (2006) and the Naismith Memorial Basketball Hall of Fame (1975). In 2010, President Obama awarded Russell the highest civilian honor, The Presidential Medal of Freedom.