We out: Knicks’ rollercoaster season ends with pain and hope

From ‘we here’ to ‘we out’ real quick, the Knicks move forward with painful battle scars that can fuel them for their next campaign. This one hurt. It really does. Not because of the stakes involved. It wasn’t like the New York Knicks were expected to come out of the East standing tall over the Philadelphia 76ers, Brooklyn Nets, or Milwaukee Bucks. If anything, the Knicks—having lost so much already—have nothing else to lose.

The expectations were at a bare minimum, anyway. Just don’t be a bottom-dweller. Shake off the laughingstock tag. Develop the young guys. Don’t trade Julius Randle mid-season. Crawl your way into the play-in tournament. Get in the playoffs, bloody and all. No need to actually win a playoff game, but just don’t get blown out by 50.

It’s not that. This one hurt because the pain felt unnecessary.

Again, with lowest of low expectations for a Knicks team with no true superstar (sorry, Ju) and no true point guard (sorry, five Knicks point guards), just finishing with a respectable win-loss record that’s slightly above the 21-45 from last season would’ve been fine.

But the Knicks had to win 41 games and at one point had to go on a nine-game winning streak, which tied the franchise's second-longest streak of the last 25 years. That’s about as old as Randle.

The Knicks didn’t just develop the young guys, but they made actual players of RJ Barrett, Immanuel Quickley, and Obi Toppin. Screw the play-in, they made it to the playoffs convincingly and got home court advantage over the Atlanta Hawks, a team who has both a true superstar and a true point guard in the icy form of Trae Young.

They didn’t have to do all that. But they did. They made the playoffs for the first time in eight years. A fourth seed at that. They didn’t get blown out by 50. They won a playoff game.

When a team like the Knicks do that, you celebrate, sure, but you also begin to thread a new line of questioning that you wouldn’t have dared ask if the Knicks had just played to the script. Questions such as, “Oh my god, are the Knicks legit?” Or, “Brooklyn Nets vs New York Knicks: Eastern Conference Finals, an actual possibility?” Or, “Wow, as a Knicks fan, should I allow myself to feel things again?”

Then, of course, come the frightening answers and the harsh reality.

There were red flags all over Game 1, whether you see them in Randle’s iffy fadeaways or in the Knicks’ wonky exterior defense or in Trae Young’s throwback to 1995 Reggie Miller performance.

More red flags in Games 3 and 4 in Atlanta, that when Game 5 rolled around, it was pretty much a lock that Atlanta was the superior team, and the Knicks just weren’t ready. They shouldn’t have been here. 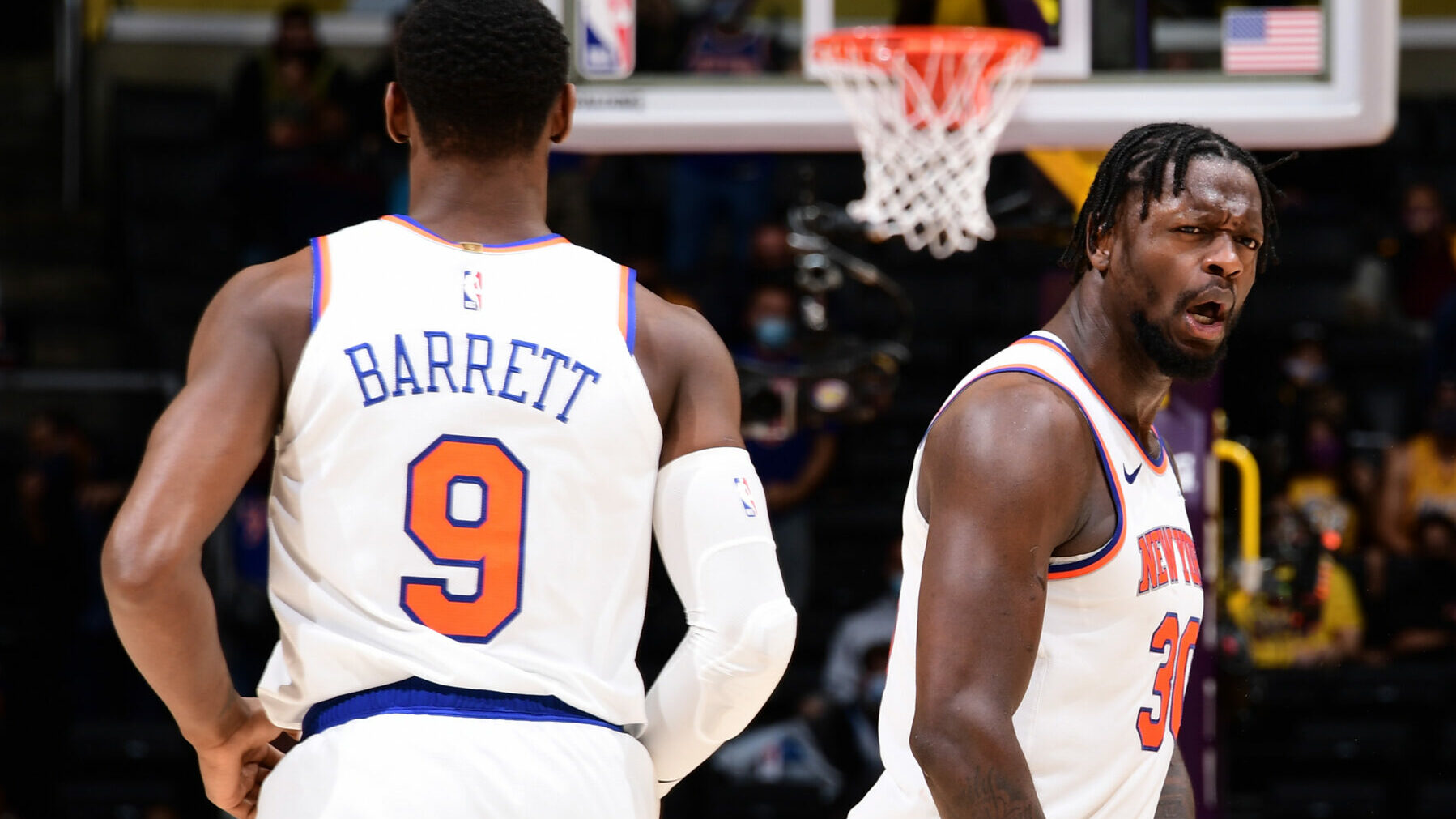 Imagine the feeling of being gifted a pair of sneakers you’ve always dreamed of having, but getting it in the wrong size, and there’s no way of exchanging them for the correct ones. That’s the feeling of this old-school beatdown disguised as a first-round exit.

It’s unnecessary and it hurts.

Now, looking forward to the next season, the expectation is that it’s going to hurt even more. Because now, as Randle put it, “We here.” No longer a bottom-dweller. Laughingstock tag dropped. Young guys wiser. Randle playoff-scarred.

“I think we’re bringing a brand of basketball back that the city can be proud of and we have something to build on for the future,” Randle said after the painful Game 5 loss.

There’s no certainty on who will be back in a Knicks jersey next season, but with how the team’s flaws were unboxed in ultra hi-def by the Hawks, there will definitely be changes.

Randle and Barrett shouldn’t be your No. 1 and No. 2. They should slide down to No. 2 and No. 3, respectively, and give that No. 1 spot to a free agent point guard who can lead the team in the playoffs. Derrick Rose, at 33, did an awesome job taking on that role, but he’s not the guy for it.

With how coach Tom Thibodeau played his players to the ground during the regular season, it appeared as if they ran out of gas by Game 5. But not only were they out of gas, it looked as if they lost the keys, too.

An early offseason once worked wonders for Randle, who will walk away with perhaps a piece of hardware he didn’t expect to get as the league’s Most Improved Player. He will also walk away carrying a lot of the blame, a couple of scars, and the nagging pain of coming up short in the playoffs. That’s what he gets for striving for greatness.

As a Knicks fan, this is what you get when you allow yourself to feel things. It’s either going to be basketball heaven or it’s going to hurt.

I can’t wait to feel everything all over again next season.