Several NBA players like to spoil themselves and splurge on different things. 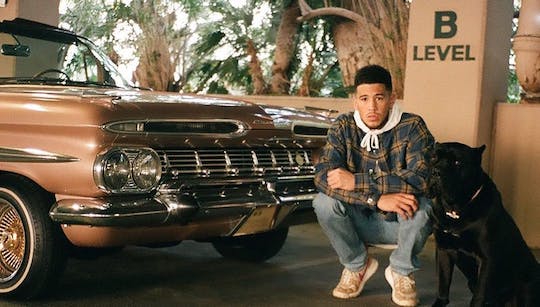 When they’re not working on their game, NBA players like enjoying life just like any of us.

Most guys, especially those with multi-million contracts, like to spoil themselves and splurge on different things. Here are four players and their personal collections.

The young 24-year-old is living fast and furious, literally. Devin Booker has quite the taste for unique cars, specifically vintage models that were made way before he was born. A few vehicles on his list include a 1959 Chevy Impala he fondly calls “Pretty Penny” and a First Generation 1970 Chevy K5 Blazer named “Uncle Larry”. Booker also has a few modern models like the Ferrari 488 Spider which is considered one of the best tech cars in the market.

The Slim Reaper turned the card trading hobby into an actual big-time investment. Kevin Durant, along with other NBA figures like Mark Cuban and Dwayne Wade, joined forces with the Chernin Group and invested $40 million into Goldin Auctions, which is the largest auction house in the sports collectibles industry that includes sports memorabilia and trading cards, among others.

Durant collects cards himself. His most prized possession is the Immaculate Collection trading card, which Panini America gave him, that has both his and the late Kobe Bryant’s autograph.

Have you ever wished you could live in a chiller on a blazing hot day? CJ McCollum did just that, except he stayed in it for the entire NBA bubble. The Blazers guard made his hotel room an actual wine cellar, bringing down the temperature to about 10°C. In his cooler-slash-hotel room, McCollum had about 84 bottles of wine.

However, it’s his impressive 600-bottle cellar that takes the cake. After being introduced to wine by his wife, Dr. Elise Esposito, McCollum took the craft seriously by going on tours and lessons in Oregon. He also made his own wine label called the “McCollum Heritage 91” which features the 2019 Pinot noir, which is his personal favorite.

At this point, even casual NBA fans have heard of this collection. PJ Tucker may not be an All-Star or an MVP, but his impact on the sneaker and fashion world is just too huge.

His love for shoes started early on. He went from owning a few pairs during his childhood to rocking a thousand pairs. Undeniably one of the best-dressed players in the NBA, Tucker is the league’s “sneaker champion” and the tunnel fit king.

Shoe collecting has become part of his lifestyle as he loves buying pairs during his off-hours. Some of his favorite kicks include the extremely rare Air Yeezy 2-inspired Kobe 6 Protro and The Colette x Air Jordan 1, which he considers one of the best sneaker collaborations.

Tucker also created a shoe with Dolce&Gabbana that was released this year and comes in two colorways: neutral beige and eye-catching orange.