The Bucks last went to the NBA Finals in 1974, the Suns in 1993. What was the league like back then? Who were the superstars? This Finals matchup between the Phoenix Suns and Milwaukee Bucks is special for a lot of reasons, but most notably because these teams rarely make the Finals, let alone at the same time.

It takes much more luck and perseverance for small-market teams to make this kind of breakthrough. Let’s look back at the last Finals trip of this season’s finalists.

The ‘70s were a peculiar period for both the United States and the NBA.

The US was coming off a period of great racial unrest in the ‘60s coupled with their involvement in the Vietnam War. The NBA was in a rather rough spot as a league, falling behind the MLB and NFL for national relevance. Combine that with having to contend with the ABA and the widespread drug use in sports, the NBA was far from where it wanted to be.

All of this is relevant because of the Bucks' superstar at the time in Kareem Abdul-Jabbar. The man formerly known as Lew Alcindor was a product of his time and very much misunderstood for his activism. He changed his religion and name for that very reason.

“I came to realize that the Lew Alcindor everyone was cheering for wasn't really the person they imagined. They wanted me to be the clean-cut example of racial equality. The poster boy for how anybody from any background — regardless of race, religion, or economic standing — could achieve the American dream. To them, I was the living proof that racism was a myth,” Abdul-Jabbar wrote in an enlightening column for Al Jazeera America in 2015.

“I knew better. Being 7-foot-2 and athletic got me there, not a level playing field of equal opportunity. But I was also fighting a strict upbringing of trying to please those in authority. My father was a cop with a set of rules, I attended a Catholic school with priests and nuns with more rules, and I played basketball for coaches who had even more rules. Rebellion was not an option.”

Abdul-Jabbar was also the most dominant player of that era. Many remember his time with the Los Angeles Lakers, when he was late in his 30s and still dropping an easy 25 points a game mostly off his signature sky-hook.

When he was younger, Abdul-Jabbar was a much more imposing beast, like if Giannis Antetokounmpo learned the sky-hook. By 1974, Abdul-Jabbar had already won an MVP award and, together with Oscar Robertson, had led the Bucks to their first and only title in 1971.

Abdul-Jabbar went on to average 32.6 points and 12.1 rebounds in a seven-game series in the 1974 Finals, but ultimately fell short against the Boston Celtics.

The Celtics were a pretty interesting team back then, since they had one of the franchise’s most celebrated legends in John Havlicek (the guy who stole the ball) and of it’s most under-appreciated in Dave Cowens, the burly Hall of Famer responsible for keeping Abdul-Jabbar in check. Together with Jojo White and a young Don Nelson, the Celtics overwhelmed the Bucks for their 12th title. 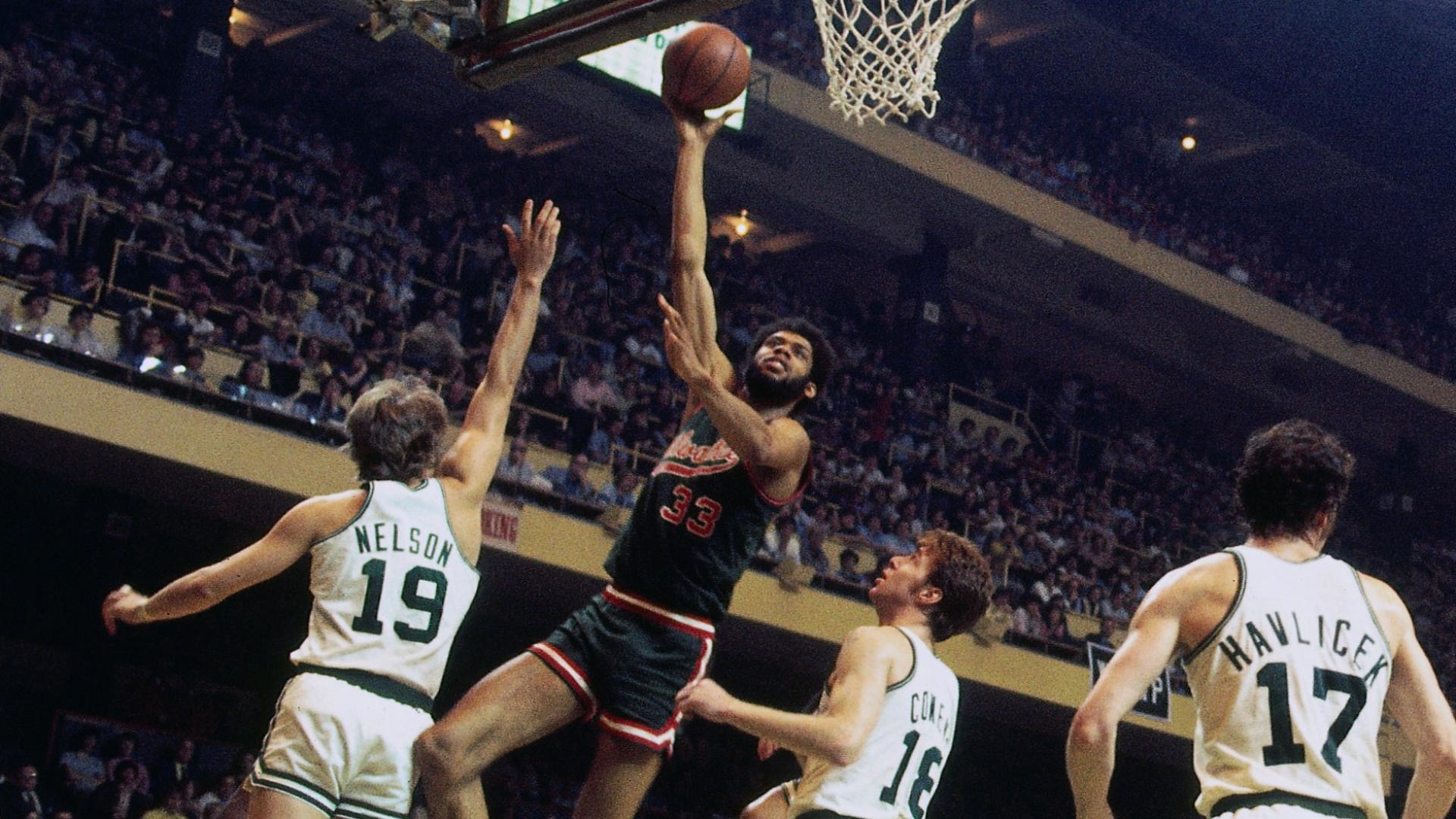 That year was also Oscar Robertson’s final year in the NBA, retiring after he couldn’t reach a deal with the Bucks for a contract extension. Robertson's triple-double exploits are well-celebrated, but he should be most known for pioneering free agency in the NBA. Robertson burned many bridges within the league so that future generations of NBA players could make millions. Abdul-Jabbar asked to be traded after Robertson’s retirement. He eventually landed on the Lakers and won five more NBA championships.

Abdul-Jabbar links the Bucks and Suns in one interesting way. Phoenix and Milwaukee came into the league as expansion teams in 1968 and, predictably, struggled in their first season. Despite the Suns holding the worst record, they still had to flip a coin with the Bucks for the first pick in the upcoming draft. The Suns lost the coin flip and the chance to draft Kareem. The Bucks, on the other hand, won a title just two seasons later, thanks to their young big from UCLA.

One final bit about the 1974 Finals: it was the only Finals series called by the legendary Pat Summerall, the Walter Cronkite of American sports. Summerall was a fixture in NFL games, and his rare 1974 foray into basketball was a welcome treat for American sports fans.

The ‘90s were probably the most important time in NBA history as the league truly took off as a mainstream force. When David Stern took over in the ‘80s, his main priority was making the NBA a global product.

The NBA under Stern in the ‘80s marketed its players really well and was helped greatly by the reemergence of the Celtics-Lakers rivalry. Come the ‘90s, the league was carried by Chicago Bulls legend Michael Jordan, the sport’s first true international superstar. By the 1992 Olympics that featured NBA players on Team USA, it was apparent just how global the league had become.

The ‘92 Dream Team not only featured Jordan but also Charles Barkley. Sir Charles had asked to be traded from the Philadelphia 76ers in the 1992 offseason. He was initially shipped to the Lakers, before the Sixers retracted the deal and traded him to the Suns. 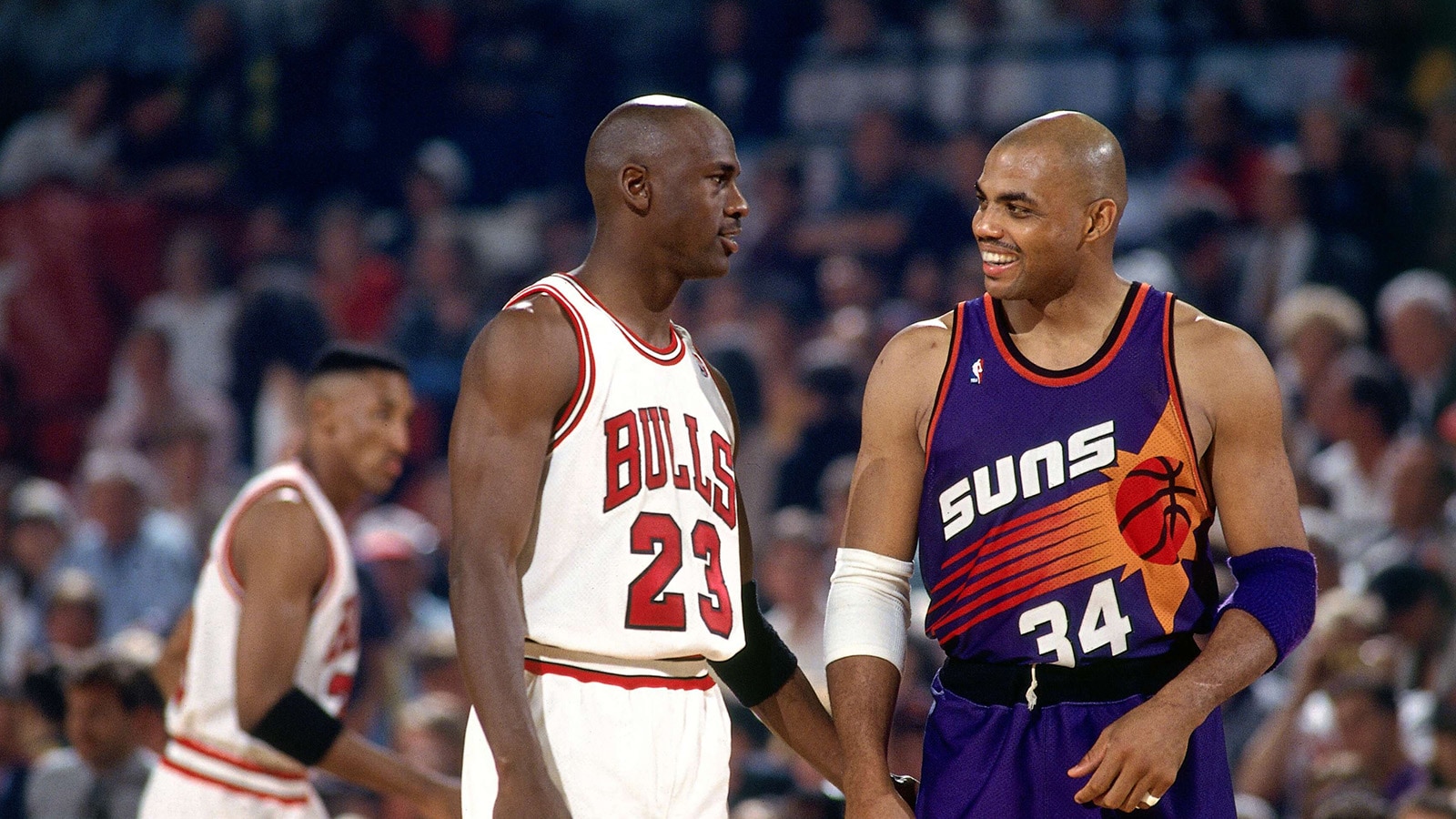 The Suns had a young core that featured the explosive Kevin Johnson and the versatile Dan Majerle. Adding Barkley gave them a legitimate superstar that could carry them against a loaded Western Conference. 1993 was all about rebranding for the Suns as they unveiled their new logo and moved into the new America West Arena.

Phoenix won a franchise-record 62 games and Barkley won MVP that season – averaging 25.9 points, 12.2 rebounds, and 5.9 assists – and carried the Suns to the Finals. Barkley’s Suns met Michael Jordan's Bulls in an epic six-game series that really could have gone either way as the away team won five of the six games. Were it not for a clutch John Paxson shot, that series could have gone to a Game 7.


Barkley and the Suns continued to make the playoffs for the next three seasons, until Barkley was traded to the Houston Rockets in 1996. The franchise was caught in the middle of a packed ‘90s Western Conference and could never rekindle the same magic that brought them to the Finals.

Jordan boasts more championships than Barkley. But for a while in 1993, Charles Barkley was considered cooler than Michael Jordan, evidenced in the reception of Barkley's Nike signature shoes. He was no role model, but the Barkleys were a huge hit in the ‘90s.