Where do LeBron James and the Lakers go from here?

Is LeBron James fading? Can Anthony Davis stay healthy? There are a lot of uncertain factors that lie ahead for the Los Angeles Lakers. 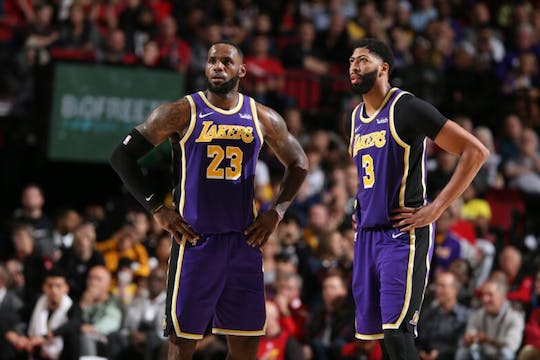 On June 4, 2021, at around 1:34 PM in the Philippines, the Los Angeles Lakers ended their season in the first round of the playoffs, getting bounced by Devin Booker and the Phoenix Suns in Game 6 at the Staples Center.

The Lakers were the champions of uncertain times. With the 2019-20 season delayed by the pandemic, the Lakers entered the Disney bubble in July. In a time of incalculable damage done by COVID-19, the racial tension around the United States, and the uncertain political atmosphere, the Lakers rolled to the NBA title after defeating the Miami Heat in six games in the finals.

Not even two months later, the NBA announced the start of the next season. Although the Lakers dominated at first, the shortest offseason in league history took its toll on the defending champs. First, came the Anthony Davis calf and heel injuries. Then, LeBron James, one of the most indestructible stars ever, suffered a high-ankle sprain while Davis was out. Davis wound up missing 36 games, LeBron sat 27.

With their two stars out, the rag-tag bunch of remaining Lakers did their best to keep the team afloat. Dennis Schröeder, Montrezl Harrell, Kentavious Caldwell-Pope, and trade deadline acquisition Andre Drummond managed a record just below .500 without the two superstars. Davis and James eventually returned to a roster that has changed so much since they went down with injuries with less than two weeks left in the season.

Taking out the Golden State Warriors in the play-in game offered some reason for optimism, but the Lakers got cut down by a hungrier squad. At first, it seemed the Phoenix Suns were the cursed ones, with Chris Paul suffering yet another injury in the worst possible time in Game One. The Lakers managed to take homecourt from the Suns, going up 2-1 with two of the next three games scheduled at Staples.

But the Lakers found out this truly wasn't their season when Davis went down again, this time suffering a groin injury before halftime of Game 4. From that point, the Lakers were thoroughly outplayed, and Booker ascended to the superstar levels in the following games.

LeBron, who had never lost a first-round series, tried to carry the Lakers in Game 6, trimming a 29-point lead down to 11 in the fourth quarter. At that point, everything that went wrong with the Lakers’ season reared their heads. From LeBron looking gassed and lacking his explosiveness to the complete absence of perimeter shooting, the Lakers had nothing left.

The Lakers leave behind a frustrated, but still understanding fanbase. After all, they did just win a title the previous year. The offseason will present several team-building challenges for the Lakers front office, Schröeder’s free agency being the most critical.

Most importantly, the Lakers finally get a chance to rest. For the first time in his career, LeBron looked vulnerable. The King that went down swinging, carrying teams single-handedly past more talented squads, looked overwhelmed against the Suns, averaging the least amount of points for a series in his career. Have we finally seen the decline of LeBron? We’ll only truly find out once Year 19 rolls around.
Read Next
News

The Nets finished strong to defeat the 76ers, while Chris Paul became the first and only player in NBA history to reach 20,000 points and 10,000 assists.