Why having Candace Parker on the cover of NBA 2K matters

WNBA star Candace Parker gracing the cover of NBA 2K is a positive step towards true gender equality in sports. 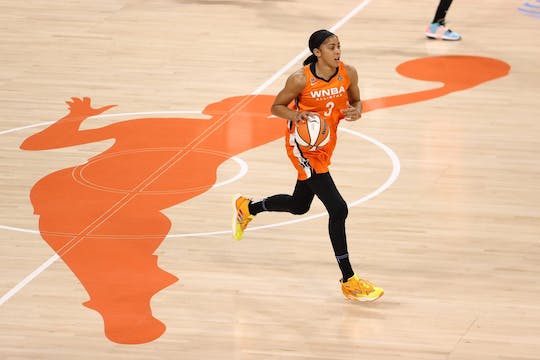 In case it hasn’t been said enough, representation matters.

Candace Parker recently became the first female basketball player to grace the cover of NBA 2K. It’s a significant milestone for women athletes, who, for the longest time, have not received the amount of exposure and coverage that they deserve.

Why is putting a woman on the cover of a video game such a big deal? There are so many complex issues that we can touch on, but the most important one for me is the impact on children.

A child’s idea of what’s possible depends on what they see growing up. They would not be able to imagine being someone that they don’t encounter, whether in real life or through the media that they consume – books, movies, music, and yes, video games.

Diverse and inclusive representation helps in building a positive self-image for children. They tend to create their beliefs about themselves and other people based on what they see. That’s why role models – preferably those they can relate to – are essential in shaping kids’ behaviors and perspectives.

How many aspiring female basketball players have given up on their dreams just because they didn’t get to watch a lot of women’s games growing up? Or worse, how many kids unknowingly internalized the gender bias and discrimination that still persist in many sports environments?

With Parker on the NBA 2K22 cover, we’re not only teaching girls that they can play basketball and video games (and become cover stars themselves). We are also teaching boys that basketball is not a man’s sport by default. We are showing them that women, LGBTQ, and non-binary athletes should be highlighted and celebrated.

Not to mention, Parker and everything that she represents – which definitely goes beyond her long list of credentials on the court – is a perfect choice for a cover athlete. Making history is not something new for Parker, and the great thing about her is she’s always willing to pave the way for others.

I’m honored to work with a company that’s investing in women and betting on us to succeed. I’m hopeful there will be many more badass females to follow 💪🏽💪🏽 pic.twitter.com/WJan4YE7Qt

“Growing up, I didn’t get to watch a lot of women’s basketball in Australia,” Liz Cambage said after the All-Star Game last week. “But I knew who Candace Parker was when I came to the league and this woman really took me under her wing when I was 19. It means a lot to me to see her on the cover – for me, for women, and for the sport.”

Maybe next time, NBA 2K can feature female athletes on the cover of the standard edition, not just the WNBA 25th Anniversary edition that reportedly won’t be available outside of the U.S. But it’s still a huge step in the right direction.

The fight for gender equality in sports is an arduous process, but hopefully, with all the seeds that we’re planting today, the next generations will know and act better.

Stay up to date with the latest news and reports as free agency begins across the league on Tuesday (PHT).