Why Udonis Haslem is important to the Heat

The intangibles that Udonis Haslem brings are key to the Miami Heat’s success. 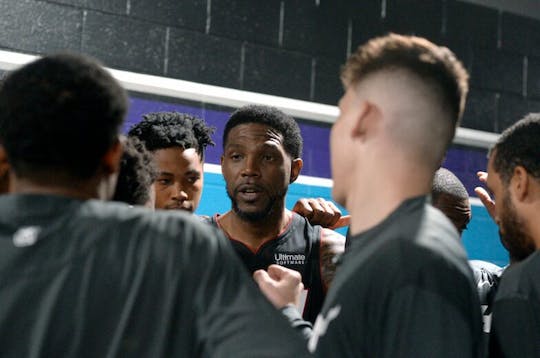 Udonis Haslem recently signed a one-year veteran minimum deal contract with Miami and it may be puzzling for some to understand why the Heat continues to acquire the 42-year-old Center given that he hasn't received much playing time in the previous seasons. But players like Haslem can actually contribute more to a team than just the usual points or blocks.

Coming into his 20th season in the league and with the Miami Heat, Haslem has not really been seeing action in recent years. He was only able to play in 58 games for the past six seasons, averaging about 6.4 minutes off the bench. Nonetheless, it would be a mistake to think that he doesn’t matter to the team, especially because he actually plays a large role that can’t be reflected in the stat sheet.

The main reason for the Heat bringing back Haslem is because of his leadership which has been integral in the team’s success on and off the court. He acts as a mentor, and his presence in the locker room and during practice aids in the players' growth and promotes a good and stable team culture.

“Everybody knows in this building, but most importantly in that locker room, the level of impact he has… It's not him just barking that out; it's rolling up his sleeves and developing the next wave of leaders in the Heat culture, and I just think that's been amazing,” head coach Erik Spoelstra told reporters back in May.

Younger team members are inspired by a leader's example when they see it. Back in the NBA bubble in Orlando, one of Haslem's prime examples of his guiding mentality was on display. Instead of using the luxuries available in the compact setup, the captain chose to forgo them to stay on edge and maintain his level of competitiveness. He ate only canned goods, slept on the pull-out bed, and reduced interactions with opponents to keep his focus. Jimmy Butler, the All-Star leader of the team, likewise carried out this action.

In addition, former big man Channing Frye claimed that Haslem has assisted the team in resolving conflicts and difficult circumstances by urging everyone to look out for one another.

We witnessed that in 2010 when the Heat tried to sign Dwyane Wade along with LeBron James and Chris Bosh but the salary cap wouldn't allow maximum contracts for all three players. Haslem made a big sacrifice by re-signing with the Heat on a five-year deal worth $20 million so that they could have a reliable center that can help on both ends of the floor. He reportedly turned down offers from the Dallas Mavericks and Denver Nuggets that were priced at $34 million to prove his loyalty. Moreover, Haslem settled for another pay cut in 2014 when he turned down his player option and stayed with the Heat for a less expensive contract.

Without players like Haslem, it would be a challenge for any team to put players and personalities together for the pursuit of an NBA title. J.J Redick said in an interview, “You can go across the league and see where that's happened, and if you don't have that one or two guys to sort of [bring] everyone together, you're not going to win at the highest level."

Haslem is still in the league and is highly regarded for precisely this reason. He has earned the organization’s respect by rising from the ranks as an undrafted player to playing a consistent role in Miami’s championship runs. His energy creates an impact on the players and the staff and his perspective and most certainly, his experiences have contributed to the Heat’s success.

With the new season about to begin, the old-timer Haslem once again has been given the opportunity to lead his young team to improve on last year’s finish in the Eastern Conference.

The Rundown: Wiggins explodes for 36 to help beat down Rockets

Andrew Wiggins led the way for the Dubs last night with an impressive 36-point performance.