Washington was unable to come to an agreement on a contract extension with the veteran coach. 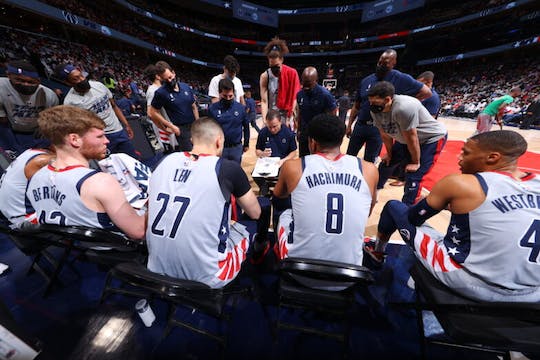 The Washington Wizards are the latest team to part ways with their coach.

Washington has decided to move on from coach Scott Brooks after the two sides were unable to come to an agreement on a contract extension.

“Our organization will always be grateful to Scott for his dedication and work both on the court and in the community over the past five years and I personally admire and respect how he helped keep our team together during the unprecedented events of the last 15 months,” general manager Tommy Sheppard said.

Brooks joined the franchise in 2016 and posted a record of 183-207 over five seasons. The team reached the postseason three times, most recently this season when the team reached the playoffs via the Play-In Tournament and were eliminated by the Philadelphia 76ers in five games during the first round.

Prior to joining the Wizards, Brooks coached the Oklahoma City Thunder for seven seasons from 2008-15 and reached the NBA Finals in 2012.

“We have been committed to taking the proper steps over the last two seasons to develop our young players, bring in pieces to complement Bradley Beal and build a winning environment that will ultimately lead to sustained on-court success,” Sheppard said.

With Brooks out, the Wizards will be the sixth team in the NBA with a head coaching vacancy, joining the New Orleans Pelicans (who parted ways with coach Stan Van Gundy on Wednesday), Boston Celtics, Portland Trail Blazers, Indiana Pacers and Orlando Magic.
Read Next
News