WNBA Rookie Watch: Onyenwere ahead of the pack

Who have been the top WNBA rookies so far? 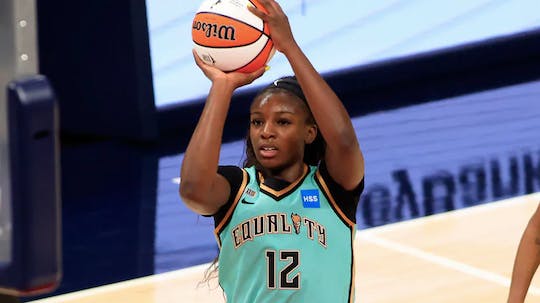 After about 10 games in, it's time to check in on the rookies. Let's take a look at the players who have been performing well in their first few weeks in the pros.

Michaela Onyenwere is way ahead of her batchmates in the rookie race so far.

Drafted No. 6 overall by the New York Liberty, Onyenwere was immediately inserted into the starting lineup by head coach Walt Hopkins. The first basket of the league's 25th season was, in fact, a 3-point shot from her. She finished with 18 points and five rebounds on opening night.

In Sunday's loss to the Atlanta Dream, Onyenwere waxed hot from the 3-point line, unleashing six 3s for a career-high 29 points. The 21-year-old has made the most out of the major role she's been given, standing her ground alongside New York stars Sabrina Ionescu, Betnijah Laney, and Sami Whitcomb.


Onyenwere's confidence and instant impact earned her this season's first Rookie of the Month title. She recently launched her own shop with custom gear, including a "We're all Grandma" shirt in honor of the iconic 2021 Draft moment featuring her dancing grandmother.

Just a few months ago, Aari McDonald was a hero for the Arizona Wildcats, steering them to their first national championship game. Now, after being selected third in the WNBA Draft, she's trying to make her mark with the Dream.

McDonald struggled to find her groove in her first few games in the pros. She only started breaking out of her shell in Atlanta's fourth game, where she contributed nine points and five assists. But last weekend, McDonald found even more ways to shine.

With starting guard Chennedy Carter out of the lineup due to a hyperextended elbow, McDonald was entrusted with extended minutes on the floor. She delivered a career-high 15 points in back-to-back losses against the Minnesota Lynx.


McDonald is her draft class' assists leader with 2.1 per game. She is also vital on the defensive end, which was a major part of her calling card in college.

"She just needs to continue to get more comfortable with her teammates, all the different parts need to come together,” Dream coach Mike Petersen said about McDonald's performance Monday (PHT). "Aari doesn’t usually disappoint with energy. I thought her energy was really good the whole time." 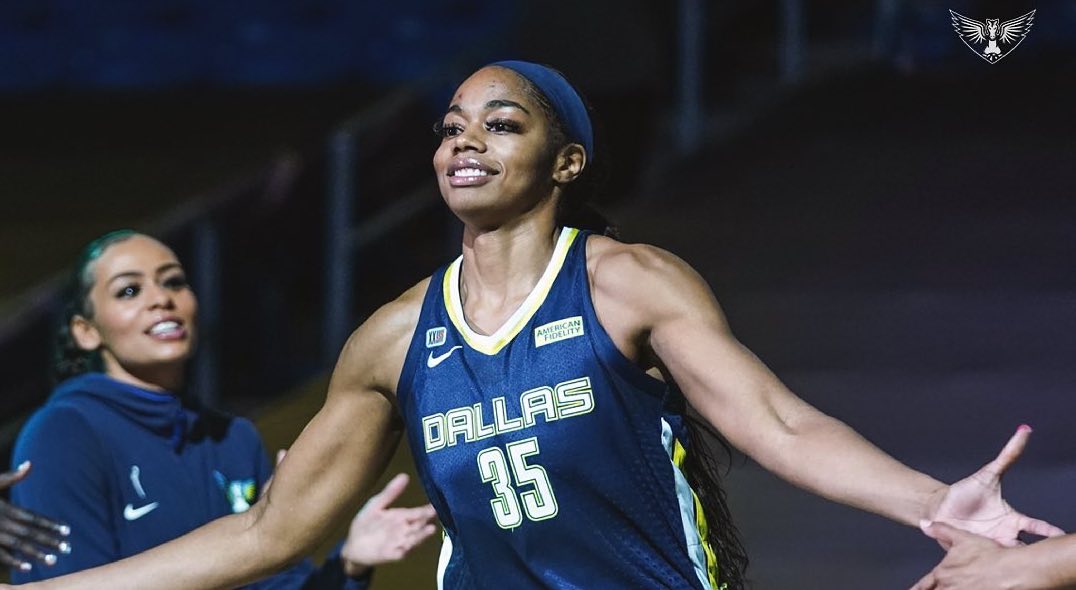 Charli Collier, the No. 1 overall pick, made headlines after her opening game with the Dallas Wings. She posted a double-double of 11 points and 10 rebounds right out of the gate, a first for a debuting Wings rookie since the team moved to Dallas.

Since then, however, her offensive production has dipped, averaging only 4.1 points with close to two field goals out of four attempts. Part of it could be attributed to her fluctuating minutes since she takes turns manning the paint with veteran Isabelle Harrison.

While still lagging in terms of scoring, the rebounding department is Collier's turf. Among all rookies, she has the highest rebounding averages: 1.3 offensive, 3.2 defensive for a 4.6 total.

Look at her battling on the boards for easy putbacks:

"When Charli Collier gets that left shoulder, wrap."@charlicollier with the rebound and finish to put the @DallasWings up 1?6?!!! #TakeFlight pic.twitter.com/9YsemNCC3v

One of the biggest steals of the draft, Arella Guirantes is out to prove herself after dropping to No. 22 in the second round (projected as high as the top 5). She’s still trying to find her identity with the Sparks but she’s shown flashes of what she can do as a reserve guard.

Known as a fearless shooter, Gondrezick has been one of the best perimeter scoring options (42.1 percent from 3) for Indiana despite her limited playing time (10.7 mpg). Unfortunately, the Fever have only won one out of eight games so far.
Read Next
News

Leonard appeared to injure his right knee in the closing minutes of Game 4 against the Jazz.