All 12 teams begin quest for WNBA crown during Opening Weekend 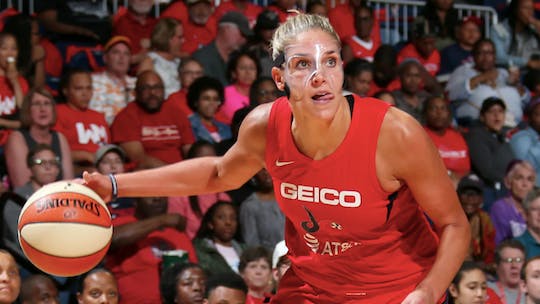 NEW YORK, April 13, 2021 – The WNBA today released its 2021 regular season game schedule with the league tipping off its landmark 25th season on Saturday, May 15 (PHT) with a weekend of action featuring all 12 teams. The league will unveil its complete television schedule in the upcoming weeks.

On the heels of the launch of the WNBA’s season-long 25th anniversary campaign, Count It, and the league’s new Wilson basketball and Nike uniform unveilings, attention will now be focused on the league’s brightest stars as they bring women’s professional basketball back to arenas with an opening weekend highlighted by star-studded matchups. Count It signifies that the WNBA is not done “counting” achievements because there are many more to come as WNBA players continue to excel and defy expectations.

“As we tip-off this historic season with teams returning to play in their home markets, we celebrate the impact the WNBA has made on generations of young and diverse athletes and on sports and society since 1997,” said WNBA Commissioner Cathy Engelbert. “Together with our fans and partners, we look ahead to how the outstanding athletes of the WNBA will continue to provide the best women’s basketball in the world while also driving change, striving for justice and equality, and impacting future generations. In the game and beyond, we will continue to say, Count It, as a way to celebrate the WNBA’s impact not only on the game, but culture at large.”

The 2021 season officially gets underway on May 15 when Sabrina Ionescu, the No. 1 overall draft pick in 2020, and the New York Liberty begin their first full season at Barclays Center by hosting the Indiana Fever and Kelsey Mitchell, the WNBA’s sixth-leading scorer last season (7 AM PHT). Other games on tap that evening include DeWanna Bonner and Jonquel Jones for the Connecticut Sun visiting the Atlanta Dream with newly acquired Odyssey Sims, Tianna Hawkins and Cheyenne Parker in the Dream’s debut at their new home, Gateway Center Arena @ College Park (7:30 AM PHT), and the Minnesota Lynx with back-to-back rookie of the year winners Napheesa Collier and Crystal Dangerfield welcoming the Phoenix Mercury (9 AM PHT). In the nightcap, the Los Angeles Sparks led by Nneka Ogwumike will host 2020 season leading scorer Arike Ogunbowale and the Dallas Wings (10:30 AM PHT), current owners of the Nos. 1, 2, 5 and 7 picks in the first round of the upcoming April 15 WNBA Draft presented by State Farm®.

Action continues the following day when the focus will be on a pair of games featuring four league MVPs. The first matchup will see two-time league MVP Candace Parker make her debut with the Chicago Sky at Washington against former MVP Elena Delle Donne and the Mystics (1 AM PHT). The spotlight then shifts to Seattle for a rematch of 2020 WNBA Finals participants, when reigning WNBA Finals MVP Breanna Stewart, 11-time All-Star selection Sue Bird and the defending champion Storm will receive their championship rings prior to hosting the Las Vegas Aces, led by 2020 regular-season MVP A’ja Wilson and with 6’8” Center Liz Cambage returning along with newly acquired All-Star Chelsea Gray (3 AM PHT).

The WNBA caps off its opening weekend on May 17, with two more games. The action starts when the league’s all-time scoring leader, Diana Taurasi, and the Phoenix Mercury visit the Connecticut Sun (12 AM PHT) and concludes with the New York Liberty playing at the Indiana Fever (2 AM PHT).

Following an off-season of unprecedented player movement, some of the most anticipated action will feature stars taking the court against their former teams:

Due to the ongoing pandemic and the Olympic break, instead of the originally planned 36 games, the 2021 regular season will see each team play 32 games – 16 at home and 16 on the road. Each team will play three games apiece versus 10 opponents, and two games – one home and one away – against one team from the opposite conference. The regular season, currently scheduled to conclude on Sept. 20 (PHT) and be followed by a traditional playoffs and Finals format, will include a break from July 16 through Aug. 12 (PHT). The schedule also incorporates steps to reduce the number of trips teams take, including the use of a “series” model whereby, in some instances a team is scheduled to play twice in one market, with those games being scheduled consecutively.

Information on fan attendance during the 2021 WNBA season will be provided by individual teams in conjunction with league and federal, state and local health and safety protocols. Additionally, the WNBA recognizes that it may be necessary to postpone or cancel some games due to the pandemic and has, where possible, built flexibility into the schedule and is prepared to adjust as necessary.

Select elements for the WNBA’s historic 25th season include the inaugural Commissioner’s Cup, the WNBA All-Star Game, selection of The W25, the greatest game-changing players since the league’s inception in 1997, and the unveiling over the second half of the season and playoffs of the WNBA’s 25 Greatest Moments ranked from No. 25 through No. 1. Details on these season elements will be forthcoming.

The Lakers star returned to action Saturday (PHT) after being isolated through the NBA’s Health and Safety Protocols.