The Pelicans' superstar has officially launched his first signature shoe with Jordan Brand. 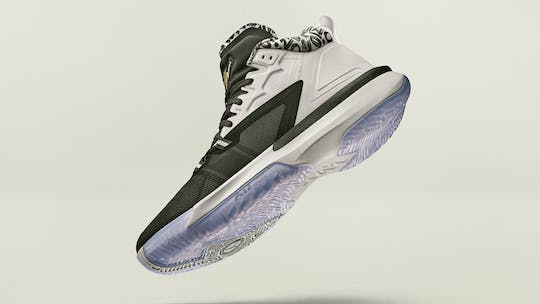 New Orleans Pelicans forward Zion Williamson has officially entered a new realm in the NBA superstar atmosphere: he officially has his own signature shoe.

Williamson’s shoe, the Jordan Zion 1, was revealed today via the Jordan Brand. Per the company, the shoes are “the culmination of his supernatural game and down to earth personality.” The shoes will be available on April 23 and, per ESPN’s Eric Woodyard, feature a “Z” on the lateral side to harness power in the heel and help with speed in the forefoot.

Per the Jordan Brand website, the shoes will sell for $120 per pair.

Shortly after being taken No. 1 overall in the 2019 draft, Williamson announced via Instagram that he was signing with Jordan Brand. He joins an impressive group of NBA players that are Jordan Brand athletes including Russell Westbrook, Chris Paul and Jayson Tatum.

The culmination of his supernatural game and down to earth personality, @zionwilliamson debuts his own signature sneaker line. Introducing the Jordan Zion 1. pic.twitter.com/M1MMLPeRsZ

Official images of the Zion 1, Zion Williamson’s 1st signature shoe with the Jordan Brand. The black/white Gen Zion colorway drops 4/23. The “Z” design on the lateral side is to harness power in the heel and enable speed in the forefoot. His love for anime inspired his apparel. pic.twitter.com/tZj48vQW6t